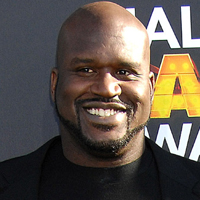 A federal judge in Fort Lauderdale has sanctioned two BigLaw lawyers for advising their client, Shaquille O’Neal, that he didn’t need to personally attend a mediation session.

The plaintiff, Jahmel Binion, has a rare genetic disorder that causes tooth loss and facial deformities. O’Neal posted a photo of himself on Instagram and Twitter imitating Binion’s facial expressions, next to a photo of Binion. “Smile People,” O’Neal wrote.

Binion alleged defamation and invasion of privacy; O’Neal said there was no right to privacy because Binion had already posted photos of himself on Instagram. O’Neal also said his conduct wasn’t so outrageous or extreme as to establish liability.

O’Neal didn’t personally attend the mediation session, though he “participated sporadically by Skype and sent a representative to participate on his behalf,” Cohn wrote in his Feb. 16 sanctions order. O’Neal was making a television appearance on the day of the mediation, according to Reid and Cohen.

The magistrate who ordered the mediation wrote that, “pursuant to Local Rule 16.2.E, the appearance of counsel and each party or a representative of each party with full authority to enter into a full and complete compromise and settlement is mandatory.” The local rule says all parties shall be physically present at the mediation conference “unless excused in writing by the presiding judge.”

The lawyers told O’Neal he didn’t need to personally attend the mediation as long as he sent a representative with full settlement authority. They argued the magistrate’s mediation order superseded the local rule by allowing an O’Neal representative to attend the session.

Cohn didn’t see it that way. “This argument ignores the mediation order’s direction that the parties attend the mediation ‘pursuant to Local Rule 16.2.E,’ ” Cohn said. And that local rule requires a federal district judge—not a magistrate judge—to excuse a party’s attendance in writing, Cohn said.

Reid declined comment when contacted by the Daily Business Review.

Since the incident, Binion started an anti-bullying campaign on Facebook that attracted 20,000 members, according to the Daily Business Review.