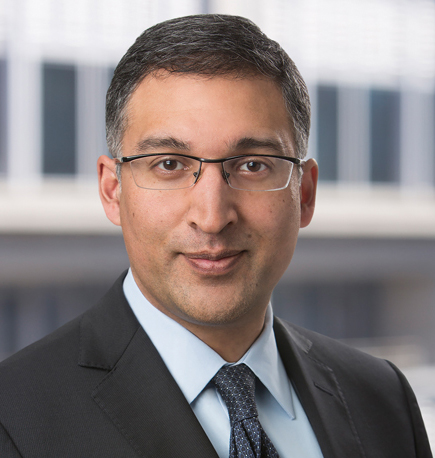 Neal Katyal has broken the record held by Thurgood Marshall for the minority lawyer with the most oral arguments before the U.S. Supreme Court.

Katyal’s opponent was SCOTUSblog founder Tom Goldstein, who was Katyal’s “arch rival” when both were youths competing in national debate tournaments.

It was the 35th Supreme Court argument for Katyal, the son of Punjabi Indian immigrants who had hoped he would become a doctor or possibly an engineer, rather than a lawyer.

Katyal was deputy solicitor general and acting solicitor general in the Obama administration. But he continues to make frequent appearances before the high court. His argument of seven cases in six separate arguments surpasses that of any lawyer this year.

Katyal tells Supreme Court Brief the longstanding oral-arguments record for minorities “illustrates how far the bar still has to go.”

“Fifty years ago, we made some progress,” Katyal said. “But it’s been stymied for a long time.”