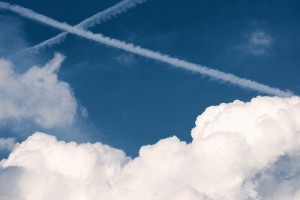 Updated: A partner at Nelson Mullins in North Carolina is facing federal charges after allegedly becoming unruly on a flight to London, forcing the plane’s diversion to Philadelphia early Wednesday.

The 41-year-old lawyer, Sarah Buffett, told investigators she took a Zaleplon sleeping pill and drank at least three glasses of wine before the incident. She is accused of damaging her seat, trying to smash the aircraft window with a remote control, and acting in a menacing manner near the cockpit. Above the Law posted the criminal complaint and summarized stories by PhillyVoice and the Philadelphia Inquirer.

Flight attendants needed help from passengers to restrain Buffett, according to the affidavit. She was able to remove plastic restraints and had to be held down by a passenger as tape was wrapped around her lower legs, the affidavit said.

Buffett told investigators she does not remember the incident, except for talking to a flight attendant about not being served dinner. Her next memory was being held down by an unknown male and the flight’s diversion to Pennsylvania.

She was charged with intimidation of a flight attendant and interfering with that person’s duties. She was arraigned on Wednesday afternoon and released on her own recognizance.

Buffett’s law firm profile, posted by Above the Law, says she focuses her practice on international, corporate and immigration law.

Nelson Mullins issued this statement to the ABA Journal: “Nelson Mullins is sympathetic to the inconvenience suffered by the passengers and crew of US Airways Flight 732. While we do not know all the details yet, the firm does have an expectation of personal responsibility on the part of all of our partners. Nelson Mullins has and continues to expect the highest standards of professional behavior among all its employees. Sarah Buffett has been suspended pending an investigation.”

Lawyer David Freedman made this statement on behalf of Buffett: “Ms. Buffett wishes to express her sincerest apologies to all the passengers, flight staff, and everyone else affected by her behavior. She experienced an unprecedented reaction to the prescription medication she was taking, under a physician’s care. She is undertaking all appropriate professional, medical, and personal measures to ensure such behavior can never happen again.”

Updated at 11:15 a.m. to include statement by Nelson Mullins. Updated on July 27 to add statement from lawyer David Freedman.