Blamed by lawsuit for nursing student's suicide, Penn and Amazon say her death was not foreseeable 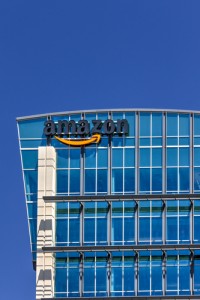 Blamed in a lawsuit for the death of a nursing student who committed suicide in 2013 by taking cyanide, the University of Pennsylvania and Amazon say in a Thursday filing that they are not responsible because the death was not reasonably foreseeable.

Amazon said Singh’s suicide was an intervening act for which she alone was responsible, breaking the chain of causation and hence precluding liability for the online retailing giant. An individual who resides in Thailand and his company are named as additional defendants in the lawsuit, accused of actually selling the cyanide to Singh via Amazon’s website.

Law 360 (sub. req.) provides a copy of the complaint (PDF) in the wrongful death case. Filed in the Philadelphia Court of Common Pleas, it alleges that both Amazon and the university and its trustees acted negligently by failing to follow their own policies and procedures and negligently supervised their employees.

Underlying Arya Singh’s suicide was an alleged 2011 rape in her dorm room. The university investigated. After initially allowing the accused perpetrator to live in the same dorm, the university separated him from Singh, the suit says. However, although the incident was reported to Philadelphia law enforcement, no prosecution resulted.

The rape initiated a downward spiral for Singh that included depression, anxiety, nightmares and alcohol abuse, the suit says. Instead of attempting to help Singh or notifying her family, it contends, university officials were “unsympathetic, hostile, and at times vindictive.”

As Singh increasingly missed classes and was even arrested in an alcohol-related matter, she was subjected to academic discipline and blocked from registering for classes. On the day of her death, officials had demanded that she immediately move out of her dorm room, the suit says.

Meanwhile, Amazon is accused of playing a role in Singh’s death by allowing cyanide to be sold by a third party on a website that the company controlled. Even before Singh’s death, the company had blocked such sales, but Singh made her purchase in late 2012. At least 11 other people in the U.S. also died from ingesting the drug after purchasing it online, the suit says.

The Daily Pennsylvanian, the Philadelphia Inquirer and the Plymouth-Whitemarsh Patch also have stories.