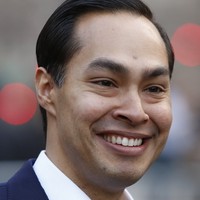 The feds are warning landlords to beware of imposing blanket bans on renting to those with a criminal record.

New guidance from the U.S. Department of Housing and Urban Development says that relying simply on an applicant’s arrest record is improper and excluding an applicant based on a conviction requires consideration of factors such as the severity of the crime and how it might impact other tenants, according to the New York Times (reg. req.) and the Wall Street Journal (sub. req.). The guidance follows a 2015 U.S. Supreme Court ruling that OK’d challenges to landlord policies that have a discriminatory impact regardless of intent.

In particular, blanket bans violate fair housing law because they have a disparate impact on minorities, who are arrested and convicted in disproportionately high numbers, officials said.

“Right now, many housing providers use the fact of a conviction, any conviction, regardless of what it was for or how long ago it happened, to indefinitely bar folks from housing opportunities,” said HUD Secretary Julian Castro in a written statement. “Many people who are coming back to neighborhoods are only looking for a fair chance to be productive members, but blanket policies like this unfairly deny them that chance.”