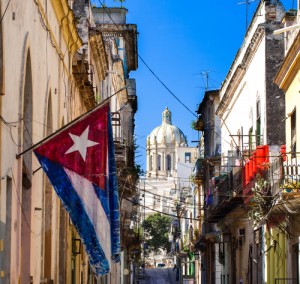 Blasting legal groups in Cuba for their lack of support, an international bar group has notified members that a planned conference in Havana next month has been canceled and will instead be held in Miami. The annual meeting would have been the first held in Cuba since the group’s inauguration 75 years ago in Havana.

“The shift arises from the unilateral decision of the Cuban Organizing Committee (the National Association of Cuban Attorneys, the National Organization of Collective Law Offices, the Cuban Supreme Court, the Cuban Attorney General’s Office and the University of Havana Law School) to cancel the conference forty-five days from its scheduled date,” says the announcement by the Inter-American Bar Association. “By reneging on their word, these organizations have completely disregarded the economic impact and reputational damage to our association.”

IABA President Carlos López said those in Cuba shut down the conference because they were worried about what speakers—particularly Luis Almagro Lemes, secretary general of the Organization of American States—would say about Cuba’s regime and its Venezuelan allies, the articles report.

The Cuban Embassy in Washington did not return calls from the Daily Business Review or Law Blog.

ABA Journal: “A new dawn for Cuba as it opens for business”