Blogging federal judge: 'May the Fourth be with you' 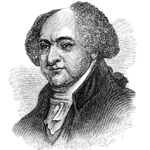 A senior U.S. District judge has been making a splash on the Internet with his irreverent blog posts.

Judge Richard G. Kopf is perhaps best known recently for a Hercules and the Umpire post offering writing tips for those whose work will go before a “cranky” federal judge. “Not to put too fine a point on it, but I am the only one who is permitted to act like a spoiled brat,” he notes at one point.

However, another Hercules and the Umpire post in honor of the holiday—May the Fourth be with you—provides a more profound message in honor of the country’s founding fathers.

Once close friends, John Adams and Thomas Jefferson later became bitter enemies. However, they reconciled in their twilight years. Both died on the same day: July 4, 1826, Kopf recounts.

“If Adams and Jefferson could reconcile and go to their deaths thinking of each other, those of us in the modern age should be able to set our differences aside and see the value of the other,” he writes.

“OK, I admit it. Hokey. But even realists can dream.”

Hercules and the Umpire: “The Who, the Why and the Title of this Blog”

Hercules and the Umpire: “Top ten legal writing hints when the audience is a cranky federal trial judge”