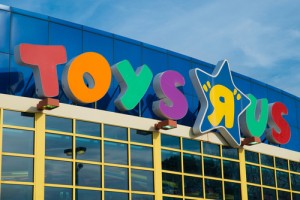 A child’s letter to a judge overseeing the Toys R Us bankruptcy asks that the stores remain open.

The handwritten letter, entered into the docket, says closing stores would be “bad for kids,” and lists three reasons why, report Reuters and CNBC, which posted the letter.

First: “Kids like that there is a store just for them.”

Second: “Kids would rather be promised a trip to Toys R Us than any other store.”

Third: “Kids can run through the aisles of Toys R Us and find stuff they like, but in any other store there won’t just be toys. Kids might not have a device to see online stores or, it’s easier to browse in a real store than online.”

The letter writer’s last name is blacked out, but his first name is Andrew. He tells U.S Bankruptcy Judge Keith Phillips that he is 9 years old.

Toys R Us is seeking to restructure its debt and intends to keep stores open, according to CNBC.

Next:
Duane Morris settles with client who said firm went $600K over budget