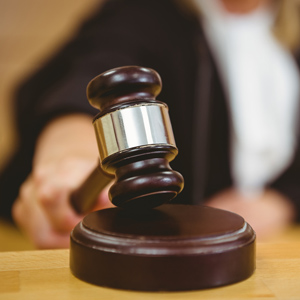 The boyfriend of a slain reality show lawyer Loredana Nesci was convicted of second-degree murder on Friday in her 2015 stabbing death.

Robert Brian Reagan, 53, of Redondo Beach, California, shook his head in apparent disbelief when the verdict was announced, the Daily Breeze reports. The newspaper also reports he will be sentenced from 16 years to life in prison on Sept. 19. The Los Angeles Times and People also covered the verdict.

Reagan had claimed Nesci, who starred in “Loredana, Esq.” on Sundance TV, had attacked him with a hunting knife, and she accidentally fell on the blade during the struggle.

Reagan said he waited about five hours to call police to protect his 5-year-old son from discovering his mother, according to the Daily Breeze account. Reagan had called his sister to pick up the child.

A male juror who asked to remain anonymous told the Daily Breeze that jurors did not believe Reagan acted with premeditation or deliberation, and that’s why they convicted him of second-degree murder rather than first-degree murder. The male juror said the others didn’t think the physical evidence, such as wounds and blood stains, matched Reagan’s story.

Prosecutors had said Reagan and Nesci were nearing a breakup and Reagan wanted to avoid an expensive custody battle over the couple’s son.