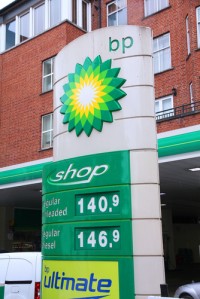 BP Plc was grossly negligent concerning the massive 2010 oil spill that occurred after a deadly explosion and fire at the Deepwater Horizon oil rig in the Gulf of Mexico, a federal judge in New Orleans has ruled.

The Thursday decision by U.S. District Judge Carl Barbier, who was selected in 2010 to oversee the case by a panel of federal judges, sets the stage for some $18 billion in additional penalties to be imposed on the oil company under the Clean Water Act, as well as possible punitive damages in civil cases, according to Bloomberg and the New York Times (reg. req.). An appeal by BP is expected.

The oil company, which owned the underwater well that blew out at the outset of the disaster, has accepted responsibility for the spill and reportedly expects to pay some $42 billion as a result of the accident, in which 11 rig workers died. However, “BP has long claimed that it was only negligent and that other companies were equally to blame for causing the Gulf oil spill. Judge Barbier’s ruling makes clear that BP knowingly took risks that caused the worst environmental disaster in U.S. history and that BP was the worst culprit,” said law professor David Uhlmann of the University of Michigan. He formerly headed the environmental crimes section of the U.S. Department of Justice.

“BP believes that the finding that it was grossly negligent with respect to the accident and that its activities at the Macondo well amounted to willful misconduct is not supported by the evidence at trial,” the company said in a written statement provided to Bloomberg. “The law is clear that proving gross negligence is a very high bar that was not met in this case.”

Barbier’s ruling says BP is 67 percent responsible for the spill. It apportions 30 percent of the liability to Transocean Ltd., which owned the drilling rig, and 3 percent to Halliburton Energy Service, which supplied the cement used to seal the underwater well that blew out, the Associated Press reports.

However, because Transocean and Halliburton were found negligent rather than grossly negligent, they do not face additional penalties and potential punitive damages, Bloomberg says.

An expert testified at trial in 2013 that multiple mechanical issues caused the failure of a blowout preventer that was supposed to stop the flow of oil in an emergency, the New Orleans Times-Picayune reported at the time.

ABAJournal.com (2013): “With billions at issue, trial begins to apportion fault for oil spill among BP, its subcontractors”

ABAJournal.com: “Halliburton to pay $1.1B to resolve oil spill suits”