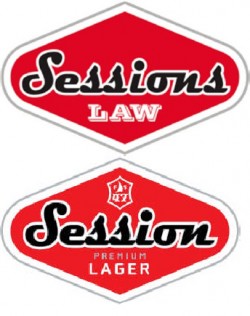 An Oregon craft brewery has sued a Georgia law firm for trademark infringement, contending that a look-alike “Sessions Law” mark is confusing to those familiar with its own “Session Lager.”

The alleged association with a premium brew may have been beneficial to the firm, which specializes in the defense of driving-under-the-influence prosecutions. However, the Hood River brewery is not eager to see its brand linked to drunken-driving cases and paper bags used to conceal open containers of alcohol. It is seeking treble damages and attorney fees as well as injunctive relief.

A representative of the law firm declined to comment when contacted by the ABA Journal.

Attorney Charles DeVoe represents the brewery and told the weekly Sessions Law is no longer using the mark resembling that of Session Lager on its website.

Courthouse News also has a story.