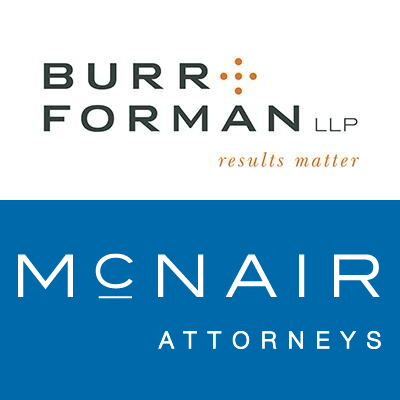 Burr & Forman has announced it will acquire the South Carolina-based McNair Law Firm, a move that will swell its ranks to more than 350 lawyers.

Burr & Forman, based in Birmingham, Alabama, will have 19 offices in eight states when the merger is complete on Jan. 1, report the Daily Report and the State. A press release is here.

According to the Daily Report, Burr & Forman “has been aggressively expanding beyond its Alabama base.” Regional and national firms, meanwhile, have been entering South Carolina. The influx of outside firms “is part of the strategic reason for the merger,” according to McNair CEO David Tigges, who spoke with the Daily Report.

The merged firm will be known for the first two years as Burrr, Forman and McNair, according to the State. After that, the firm name will revert to Burr & Forman.