Bye-Bye BlackBerrys: 88% of BigLaw CIOs Expect Use to Decline in Next Year 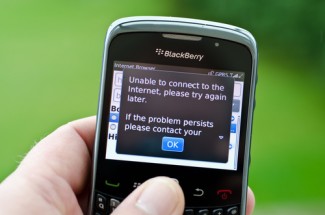 The once-popular BlackBerry is losing ground at large law firms, according to a survey of 83 chief information officers and technology chiefs at the nation’s top law firms.

According to the American Lawyer survey, 88 percent of the CIOs expect a net drop in the number of BlackBerry users at their law firms in the next 12 months. And firms that allow lawyers to bring their own devices to work are reporting benefits; the biggest one, according to 70 percent of the CIOs, is more cheerful users.

An American Lawyer story on the survey results provides an example of the changes. Williams Mullen had about 500 BlackBerry users a few years ago. Now it has about 40, according to CIO Dana Isaacoff. “Consumers have learned that smartphones are more attuned to their needs, and it would be irresponsible for us to stand in the way of that,” Isaacoff told the publication.

Security is a concern, however, when lawyers bring their own devices to work. Nearly two-thirds of the firms prohibit cloud storage and synchronization services on mobile devices. Sixty-eight percent use mobile device management software, which can ensure that passwords are being used and the latest mobile operating systems are installed.

The survey also found that 75 percent of the firms are using social networking technology. Of those firms, 90 percent use LinkedIn, 64 percent use Twitter and 61 percent use Facebook.