Cafeteria committee comes with the job for Gorsuch 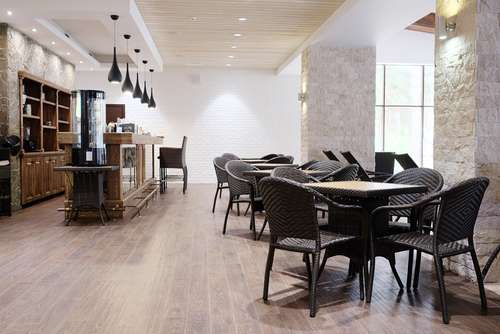 Serving on the U.S. Supreme Court’s cafeteria committee is among the tasks assigned to the newest member–and not one they tend to relish, the Wall Street Journal reports.

Justice Neil M. Gorsuch, like just about all of his predecessors, likely has no experience in food service, according to the article, and many people who eat at the SCOTUS’ 185-seat cafeteria–it’s open to the public–describe its food as mediocre. However it’s reportedly the only place to eat within convenient walking distance, and its profits subsidize court staff’s spring cookout, Christmas party and Supreme Court night at a Washington Nationals baseball game.

“There’s not much one can do to make the fare better,” Justice Ruth Bader Ginsburg told the newspaper. She described the committee as “a truly disheartening assignment.”

However, some of the justices who held the assignment prior to Gorsuch have had some success, according to the article. Justice Elena Kagan brought in a new frozen yogurt machine; the salad bar was reportedly expanded under Justice Stephen Breyer and Justice Samuel Anthony Alito Jr. claims to have received compliments about the cafeteria’s shrimp bisque while he served on its committee.