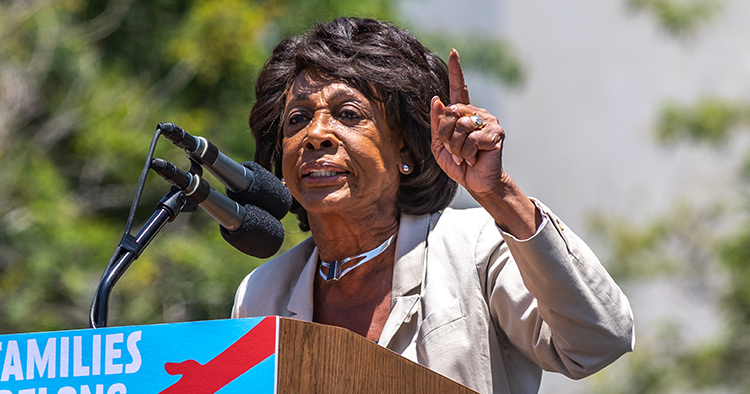 The lead gang prosecutor in San Bernardino County, California, has been placed on administrative leave after using the C-word to describe U.S. Rep. Maxine Waters on social media.

The prosecutor, Michael Selyem, was placed on leave as the county conducts a personnel investigation, according to San Bernardino County District Attorney Michael Ramos. The San Diego Union-Tribune and KABC have stories on Ramos’ decision, while the jointly owned San Bernardino Sun and Orange County Register broke the news about the posts.

The posts under Selyem’s name appeared on Facebook and Instagram; both accounts have since been deleted, according to the Register and Sun. In one post, Selyem wrote about Waters, a California Democrat. Selyem reportedly wrote: “Being a loud-mouthed c#nt in the ghetto you would think someone would have shot this bitch by now.”

He also wrote that a police shooting victim was a “s—bag” who “got exactly what he deserved.” And he posted an altered picture of Michelle Obama holding a sign that read: “Trump grabbed my penis.”

The Sun and Register received screenshots of the social media rants from an accountant who received them from a former employee in the District Attorney’s office. Selyem did not comment when contacted by a reporter for the newspapers.

San Bernardino attorney Stephen Levine told the publications he doesn’t defend the tenor of the posts but he has seen no evidence that Selyem’s personal beliefs influenced his professional responsibilities. Loyola law professor Laurie Levenson said she found the social media comments “appalling and unprofessional.”

Corrects name of county in second paragraph on July 12.