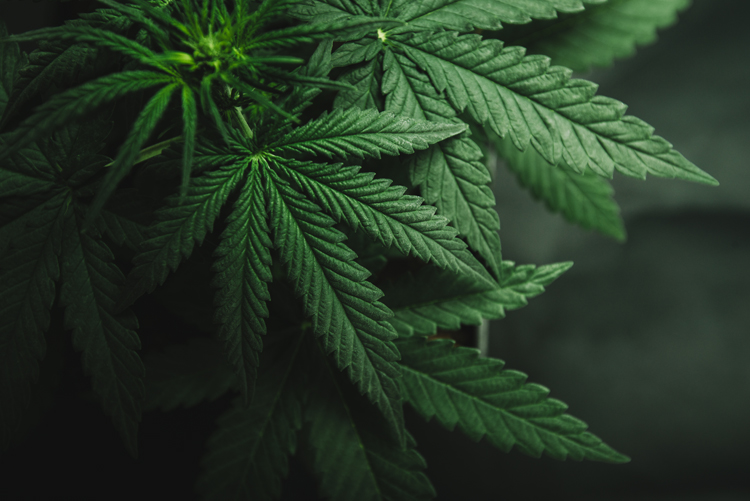 Eddy, a burly 65-year-old professional musician, walked into a free legal clinic in Los Angeles County one July morning hoping to clear his record. More than three decades ago, he served two years probation for attempting to sell a few gram bags of marijuana, a felony that put the immigrant, a legal U.S. resident with a green card, at greater risk of deportation.

Thanks to Proposition 64, the California ballot initiative that legalized the recreational use of marijuana last November, Eddy has a chance for a clean slate. Under one provision of the law, many people with pot-related convictions can apply to have them reduced to lesser offenses or expunged, the legal term for having a case dismissed.

Eddy was one of several dozen people, mostly Latinos and African-Americans, who attended the legal clinic at Chuco’s Justice Center, a graffiti-covered community center in the small city of Inglewood, which borders Los Angeles International Airport. Staffed by volunteers from the national drug reform nonprofit, Drug Policy Alliance, and lawyers from the Los Angeles County public defender’s office, the clinic was one in an ongoing series of events held in recent months to help people get convictions reduced or dismissed.

A little more than a year after the passage of Prop. 64, at least 2,660 petitions have been filed to reduce sentences for people convicted of pot-related offenses. At least another 1,500 petitions have been filed to reclassify old felony marijuana convictions as misdemeanors or to dismiss them altogether, depending on the offense, according to the Judicial Council, the policy-making arm of the state courts.

Those figures include self-reported data from a majority of the state’s 58 counties through September, and may be under-reported. According to several public defenders around the state, the Judicial Council’s figures don’t reflect all of the petitions their offices reported filing on behalf of their clients. The Council also doesn’t record the outcome of the requests. Although the numbers of Prop. 64 applicants so far represent only a portion of the people who have been convicted of pot felonies in recent decades, advocates remain hopeful that as the public learns about the law, more will come forward to have offenses reduced or cleared. 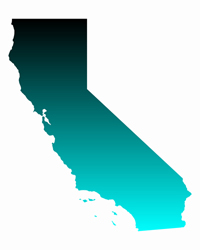 At Chuco’s Justice Center that morning, Eddy was one of about 40 people who received legal assistance, including consultations with paralegals and attorneys, court records checks, and live scan fingerprinting to obtain criminal records from other counties.

Eddy’s conviction was ultimately vacated. Now that his rap sheet is clean, he says he’ll pursue citizenship. “I’m lucky to live in California,” said Eddy, whose father brought him to the U.S. from Central America when he was 9.

Twenty-nine states, the District of Columbia, Puerto Rico, and Guam have legalized medical marijuana, and eight states plus D.C. have sanctioned recreational use. But fewer states have made it possible to clear past marijuana offenses. In the last three years, at least nine states have passed laws addressing expungement of certain marijuana convictions, according to the National Conference of State Legislatures. But no state goes as far as California.

For thousands of Americans, marijuana convictions still bring life-altering consequences, making it difficult to, among other things, find and keep a job, get a professional license or obtain a student loan.

Communities of color have been hit especially hard by the decades-long war on drugs. Studies show a stark racial imbalance in drug enforcement; a 2013 American Civil Liberties Union report concluded that African-Americans were nearly four times more likely to be arrested for marijuana possession than whites, although use of the drug was roughly equal among the races.

Across California, attorneys and drug reform advocates say implementation of Prop. 64 hasn’t been perfect; more resources are needed to process petitions and conduct outreach to people who may be eligible to clear their records and just don’t know it. But overall, they believe the law is an effective tool to undo the collateral damage of felony pot convictions, and they hope it will serve as a model for the rest of the country.

Prop. 64 “gives people the opportunity to recreate themselves and become people instead of statistics,” said Nick Stewart-Oaten, a deputy public defender for Los Angeles County.

California’s Prop. 64, also known as The Adult Use of Marijuana Act, made it legal for adults to possess and grow small amounts of pot at home, brought some pot-related felonies down to misdemeanors and some misdemeanors down to infractions, and reduced or dismissed prior convictions.

The initiative built on a 2014 law known as Prop. 47, which allowed for the reduction of some nonviolent felonies, including theft and some drug charges, to misdemeanors.

To apply for a reduction under Prop. 64, a petitioner files in the court in which they were convicted, usually with the help of a public defender or a private lawyer. The district attorney’s office reviews each petition, which is then approved or rejected by a judge. The process can take from days to weeks depending on the location.

In some counties, officials didn’t wait for people to come forward to apply for relief under the law; they started the process for them. Soon after Prop. 64 passed, the L.A. County public defender’s office identified people in prison or on parole for marijuana-related offenses and filed petitions for resentencing on their behalf, according to Stewart-Oaten, who said his office has filed 564 such petitions so far.

Similarly, San Diego’s Deputy District Attorney Rachel Solov said her office used their case management system to identify hundreds of eligible people serving a sentence or who were on probation or supervision and then provided the data to the local public defender’s office so that attorneys there could begin filing petitions for those individuals.

“Our primary concern was getting people out of custody who were in custody and shouldn’t be,” Solov said.

Contra Costa County took a similar approach, according to Deputy Public Defender Ellen McDonnell. Her office identified roughly 2,500 people who appeared to be eligible to have convictions reclassified or dismissed on cases dating back 25 years, she said. So far, the office has filed about 80 petitions, mostly for reclassification of old convictions. The office is now engaged in “aggressive community outreach” in the hopes of finding more people who could benefit from the new law, she said.

Identifying everyone eligible for relief under Prop. 64 has been one of the biggest challenges so far, Stewart-Oaten said.

The public defender’s office doesn’t have the capacity to comb through decades of case files to figure out who may qualify, find their contact information, and persuade them to come into their office to start the paperwork process, he said. The office works with partners like Drug Policy Alliance to help reach people at free legal clinics like the one at Chuco’s Justice Center.

“We recognize it’s not enough, but we are limited in what we can do. We don’t have an advertising budget. A lot of times we are acting on word of mouth,” Stewart-Oaten said.

“Somebody needs to do this work, and the public defenders are on the ground actually doing it,” Ra said. “It would be nice to get the support to allow us the resources to complete work quickly so that our clients don’t miss out on employment and other opportunities.”

As thousands of Californians line up to have their records cleared, Americans with pot convictions in many other states have no such opportunity. Will more states follow California’s lead?

Many politicians have come around on marijuana legalization, aided by the lure of potential tax revenue and new jobs, Mikos said. Nearly two-thirds of Americans support legalization in a recent poll. But many people appear reluctant to support post-conviction relief for marijuana offenders. “It’s a tougher sell to say, you know what, these people flouted these rules … and we ought to wipe those records clean,” said Mikos, an expert on marijuana law.

Even in Washington state, where recreational pot has been legal since 2012, lawmakers have not passed a law that specifically lets people clear old pot offenses. (Those convicted of certain nonviolent crimes, including marijuana-related ones, can already apply to vacate their records but must wait years after completing their sentences; five for some low-level felonies and three for misdemeanors.) 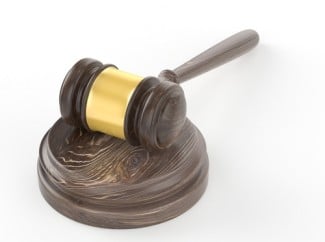 There are exceptions. Although no state has passed a law as sweeping as California’s, several recently have enacted measures that allow pot offenses to be reduced or expunged. In the past year, for example, Colorado began allowing old convictions for misdemeanor marijuana possession or use to be sealed so long as the act wouldn’t be considered illegal today. In Maryland, a new law lets people convicted of marijuana possession apply for expungement four years after the completion of their sentence; the previous wait time was a decade.

A Missouri law set to take effect next year reduces the wait time to expunge nonviolent felonies, including marijuana-related convictions, from 20 to seven years and from 10 to three years for misdemeanors. And in Massachusetts, where recreational pot sales will begin in mid-2018, marijuana possession convictions can now be sealed, which removes them from public view but doesn’t dismiss them. (Lawmakers tossed out a proposed measure to expunge marijuana offenses.)

On the federal level, Mikos points to a bill filed in August by New Jersey Sen. Cory Booker, a Democrat, that could be a blueprint for post-conviction relief on a national scale. The proposal would decriminalize marijuana and expunge federal convictions for possession of the drug.

Booker’s bill would allow the federal government to withhold cash from states with arrest and conviction rates that disproportionately impact the poor and minorities. That approach could be used to pressure states to provide resentencing, reclassification and expungement for marijuana offenses, Mikos said.

However, given Attorney General Jeff Sessions’ pledge to crack down on drug offenders, and his distaste for marijuana legalization in general, any federal measure to decriminalize marijuana may be a pipe dream for reform advocates, Mikos added.

On the state level, even where marijuana use is legal, politicians may never pass laws similar to Prop 64. “Part of that is just that we live in a federal system, and that’s the nature of the game,” Mikos said. “Different states are going to do things differently.”

Community organizers who rallied public support for Prop. 64 last year in California have some advice for people in other states: Do the work yourself.

Ingrid Archie, a legal clinic coordinator with A New Way of Life, a Los Angeles nonprofit that supports formerly incarcerated women, didn’t want to rely on mostly white, wealthy California legislators to pass meaningful criminal justice reforms. That’s why she campaigned for Prop. 64 in the communities impacted the most by marijuana prohibition — people of color and low-income neighborhoods.

The African-American mother and grandmother had a personal investment in the issue: Convicted of possession with intent to sell marijuana in 2004, she lost a job, a home and was re-incarcerated after being convicted of child endangerment after she left one of her children in her car while she went into a store to purchase diapers and milk. “It was a trickle of consequence after consequence after consequence all stemming from a marijuana charge,” she said.

Archie contends that grassroots organizing persuaded low-income minorities who may not have supported the idea of legal weed to ultimately back the measure. While Prop. 64 passed with 57 percent of the overall vote, 64 percent of African-Americans backed the ballot initiative compared to 58 percent of white voters.

Archie, who lined up to be one of the first people to apply for expungement under Prop. 64 last year — she started the paperwork a little after midnight on election night last year — hopes organizers and reform advocates in other states follow California’s lead.

If they don’t act, and politicians don’t act, Archie said, millions will continue to suffer the consequences of the war on drugs. Felony records, she said, “ruin people’s lives.”

This story was published in collaboration with Pacific Standard.