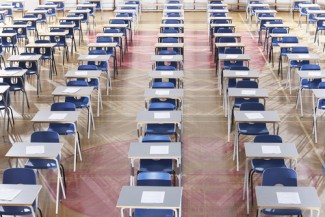 While describing the outcome of the July 2018 California bar exam—which had a 40.7 percent pass rate—as “frightening,” California Supreme Court Chief Justice Tani Cantil-Sakauye said on Tuesday the state court is waiting for the results of two related studies before revisiting consideration of the test’s cut score. One is assessing California law school students, and the other is considering what skills contemporary lawyers need and how those traits can be tested.

She meets annually with reporters who asked her about the exam, the Recorder reports.

In 2017, the California Supreme Court decided that it would not lower its bar exam cut score of 1440, despite an endorsement from the state bar’s Law School Council to change it from something between 1350 and 1390. Following release of the July 2018 bar exam results, Mark Stone, a state Assembly member who chairs its judiciary committee, asked the state supreme court and the bar to take another look at the exam. Law school deans also chimed in with a Nov. 29 Los Angeles Times opinion piece.

Before reaching its decision about the cut score in 2017, the court reviewed a standards setting study commissioned by the State Bar of California and a survey report of nearly 35,000 attorneys. About 80 percent of those respondents opposed lowering the cut score.

“We know we still need to take a look, and we’re waiting for those [studies’] results to come in,” she said. “And then we’ll sit around this table, all seven of us, and we’ll talk about these results and whether or not we should lower the exam score.”