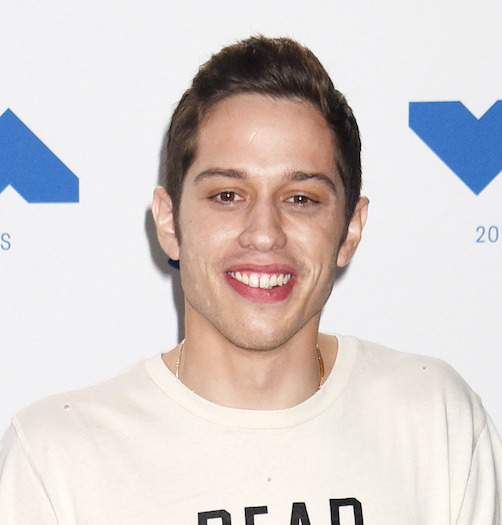 Saturday Night Live comedian Pete Davidson may scare fans into keeping quiet with a $1 million nondisclosure agreement, but it’s unlikely he will be able to enforce the contract in court, legal experts say.

Fans have reported that Davidson asked them to sign the agreement before his stand-up act at a San Francisco theater, report the Chicago Tribune, the Washington Post and the Hollywood Reporter.

One ticket buyer, Stacy Young, posted the agreement on Facebook.

The agreement says fans attending Davidson’s show are seeing “works-in-progress” creative content that may be associated with live or television programming or other media. Such content can’t be disclosed after the show “in perpetuity,” including “jokes, stories, references, characters, plot, settings and/or other elements in the creative content.”

The agreement says fans “shall not give any interviews, offer any opinions or critiques” or otherwise participate in disclosure of confidential information, including on blogs, Twitter, Facebook, YouTube and Instagram. If contacted by a journalist, the fan should issue a “no comment” or refuse to confirm materials covered by the agreement.

Fans who violate the agreement are required to pay $1 million in liquidated damages to Cowardly Dog Inc., a company that Davidson oversees. They are also responsible for out-of-pocket expenses and attorney fees spent enforcing the agreement.

Litigator Ricardo Cestero told the Hollywood Reporter that he is not surprised that a comedian testing out new materials wants to keep the material confidential.

“If they tell a joke that bombs that people deem socially unacceptable it could have devastating career impacts given today’s cancel culture,” he said.

But experts doubt courts would enforce a $1 million penalty in a contract of adhesion that is not subject to negotiation. In such cases, courts could refuse to enforce terms that are beyond what a reasonable person would expect, the Hollywood Reporter explains.

“The penalty would gain as many laughs in court as Pete is likely to gain on his tour,” said entertainment lawyer Jonathan Handel, a law lecturer at the University of Southern California, who spoke with the Washington Post.

Cestero said he has seen contracts for $1 million in liquidated damages—but only for reality shows where the producers don’t want the results released before the show airs.

The high total of $1 million is “just a number to scare people away from breaching,” Cestero told the Chicago Tribune.