Can company restrict reuse of its ink cartridges to bypass patent doctrine? SCOTUS to decide 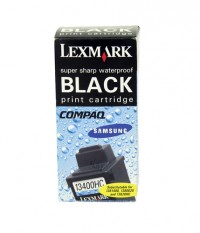 The U.S. Supreme Court on Friday agreed to decide whether a company that sells its printer cartridges subject to a bar on their reuse or resale can invoke patent law against a company that violates the restriction.

At issue is whether the restrictions imposed by Lexmark International bypass the general rule that a patent holder’s rights extend only to the first sale of its product, SCOTUSblog reports. The general rule is known as the patent exhaustion doctrine.

The U.S. Court of Appeals for the Federal Circuit had ruled for Lexmark in its infringement suit against Impression Products for refurbishing and reselling Lexmark cartridges. The ABA Journal previewed the case here before the Federal Circuit ruled.

The Federal Circuit had also ruled that resale or use of the cartridges outside the United States didn’t overcome Lexmark’s rights. That aspect of the decision could be in tension with the 2013 Kirtsaeng v. John Wiley & Sons, the New York Times reports.

Kirtsaeng had upheld the resale of textbooks in the United States that were first sold abroad, finding that a first sale anywhere in the world can extinguish a copyright. Lexmark has argued Kirtsaeng was based on the Copyright Act, which dffers from patent law.