Cartoon Poll: Cast your vote for this exam room briefing

Poll: Cast your vote for this exam room briefing 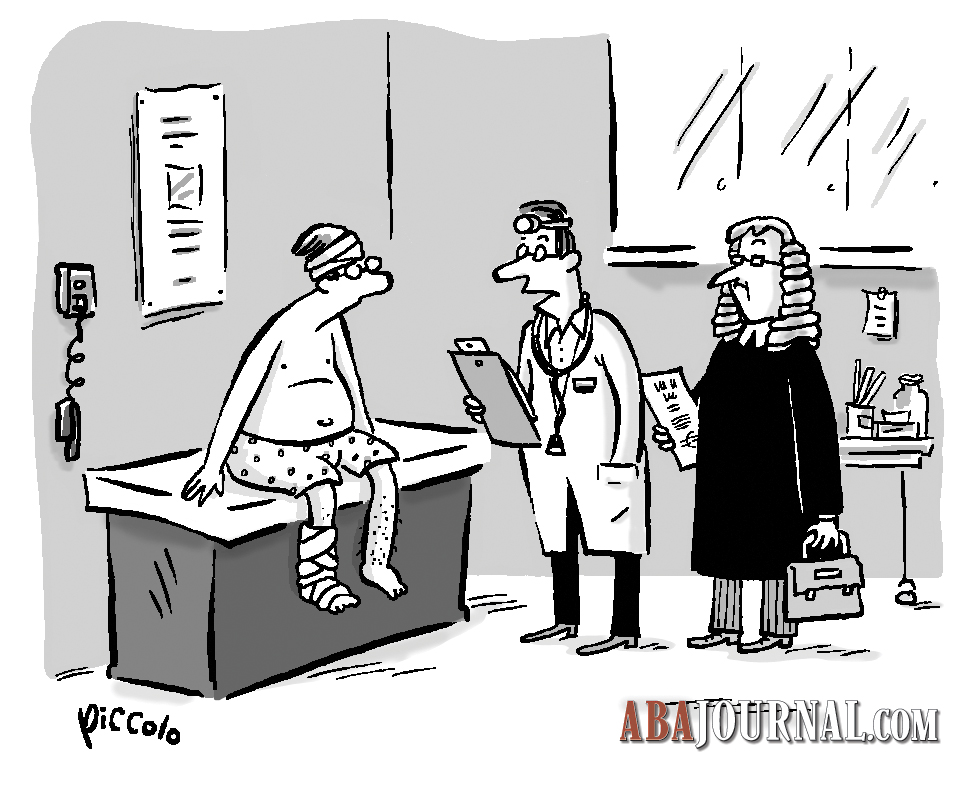 The diagnosis is in: We received more than 120 entries for this month’s caption contest. Now we need a second opinion. Tell us your favorite! The caption that receives the most votes will appear in an upcoming issue of the magazine.

• “I’m giving you at least 20 years. But so is he.” —Submitted by Ira D. Finkelstein of Deerfield, Illinois

• “I’m afraid that your case doesn’t have a good leg to stand on.” —Submitted by Steve LaCroix of Waco, Texas

• “After you’re dressed, Rabbi, it might be fun if the three of us walked into a bar together.” —Submitted by Paul Agathen of Washington, Missouri