Cartoon Poll: Pick the purrfect caption that gets your tail wagging

Poll: Pick the purrfect caption that gets your tail wagging 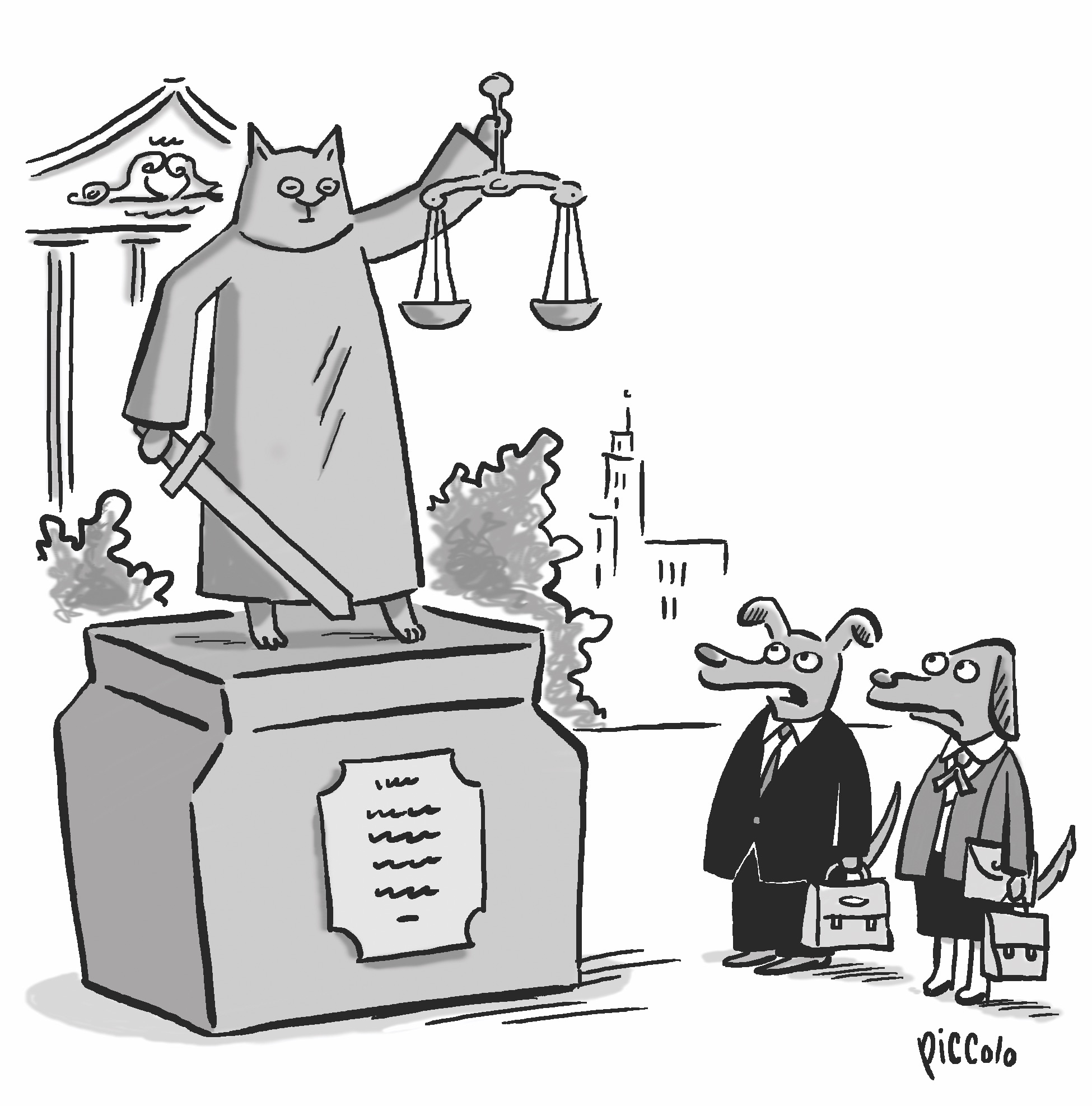 We had a doggone blast perusing more than 200 entries for this month’s cat-and-canine-themed cartoon caption contest. But we need your help to determine the winner. The caption that gets the most votes will appear in an upcoming issue of the magazine.

• “Lady Justice. You spend your whole life chasing her—only to discover she is a different species entirely.” —Submitted by Charles E. Rust of Cincinnati

• “Have you heard they’re banning laser pointers in the courtroom?” —Submitted by Jeffrey J. Upton of Milton, Massachusetts

• “Given that they have nine lives, we may have to rethink this lifetime appointment thing.” —Submitted by Thomas W. Funk of Lincoln, Illinois