Cartoon Poll: Vote for the caption that best depicts this pilloried lawyer's problem

Poll: Vote for the caption that best depicts this pilloried lawyer’s problem 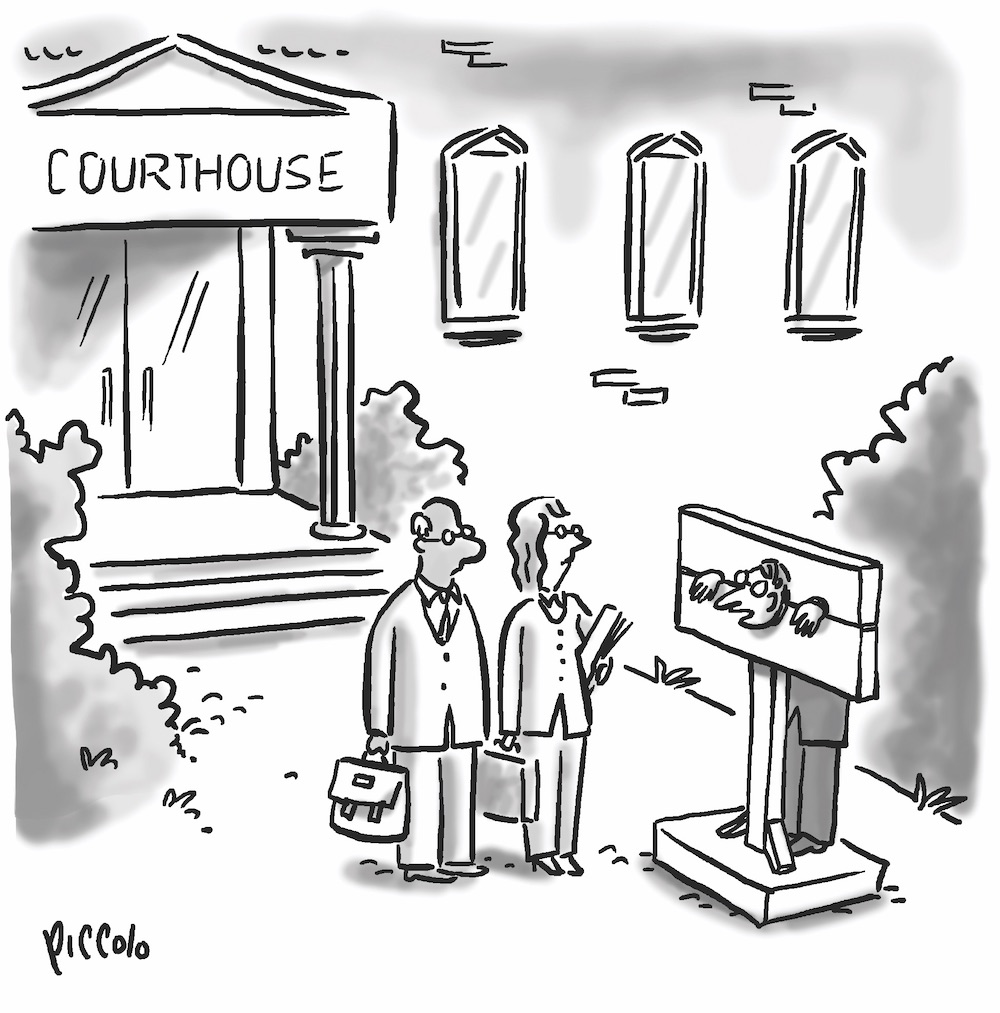 What did this lawyer do to earn his public scorn? We perused about 100 entries for this month’s pillory-themed cartoon caption contest, and now it’s time to vote for the winning entry. The caption that receives the most votes will appear in an upcoming issue of the magazine.

• “Hi! Would either of you be interested in joining the Medieval Bar Association? First-time members will be entered into a raffle to win this antique pillory.” —Submitted by Min Soo Kim of Jersey City, New Jersey

• “Then I said, ‘Judge, you don’t have the guts to hold me in contempt.’ ” —Submitted by Keith F. Houston of Houston

• “Oh, sure, as if I’m the first to stick my neck out for a guilty client.” —Submitted by Brandon Jean of West Hartford, Connecticut