Cartoon Poll: Which angel-devil-themed caption is whispering to you?

Poll: Which angel-devil-themed caption is whispering to you? 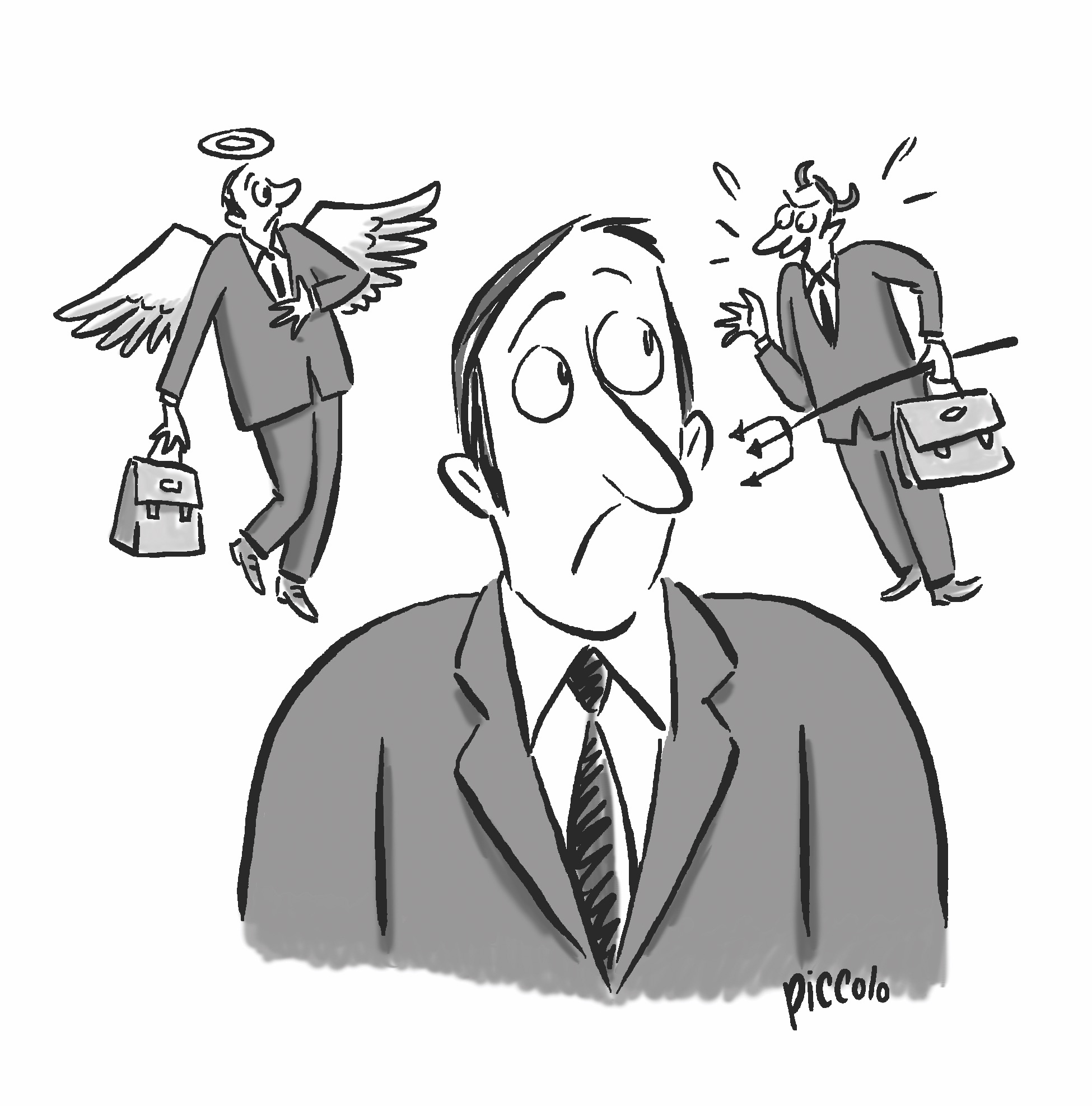 Can this lawyer successfully wing it, or is the devil in the details? We sorted through about 100 entries for this month’s cartoon caption contest, and we want your help to determine the winner. The caption that gets the most votes will appear in an upcoming issue of the magazine.

• “Trust me. I have extensive experience as a soul practitioner.” —Submitted by Paul Agathen of Washington, Missouri

• “Listen, you didn’t want to call the state bar ethics hotline, so we’re what you’ve got.” —Submitted by Michael J. Zielinski of Farmville, Virginia