Cartoon Poll: Which caption is head and shoulders above the rest?

Poll: Which caption is head and shoulders above the rest? 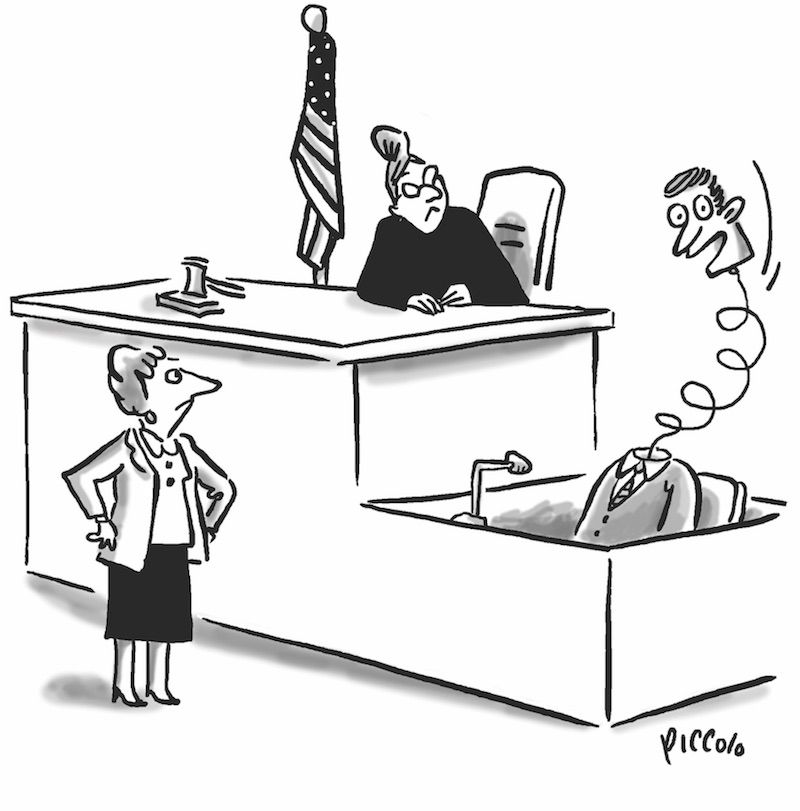 We had a great time sorting through more than 115 entries for this month's cartoon caption contest. It's time to vote for the entry that's way ahead of the rest. The caption that receives the most votes will appear in an upcoming issue of the magazine.

• “I promise I could not do this before the whiplash. Damages, please.” —Submitted by Lisbeth L. McCarty of Norman, Oklahoma

• “Your honor, would you direct the witness to pull himself together?” —Submitted by Kathy Ludwig of Greenfield, Massachusetts

• “It looks like my habeas doesn’t want to cooperate with my corpus.” —Submitted by Linda Poindexter of Branford, Florida