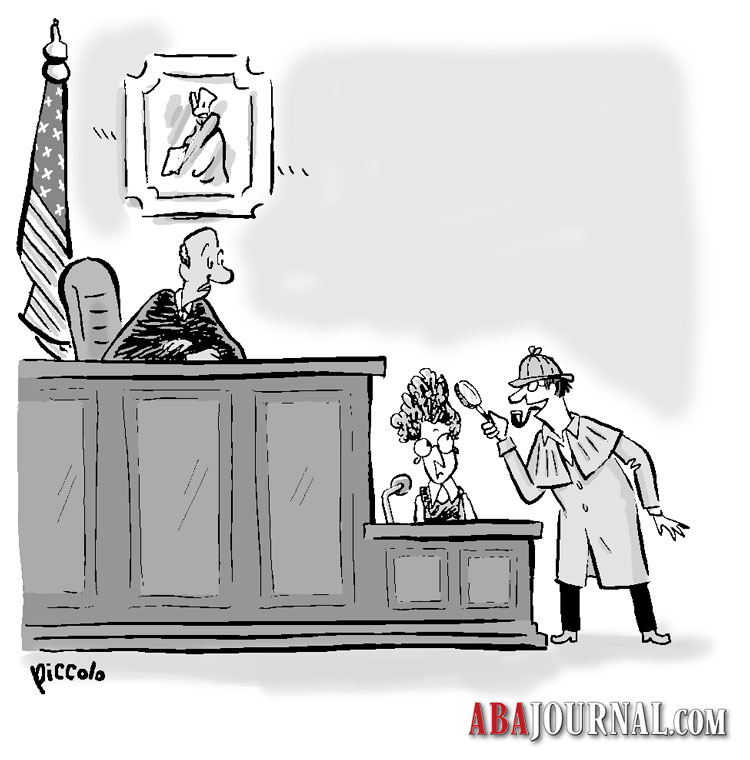 We inspected more than 120 entries for this month’s cartoon. Now it’s your turn to zoom in and vote for your favorite. The caption with the most votes will appear in an upcoming issue of the magazine.

• “Counselor, I believe the witness has testified that she succumbed to lies, not lice.” —Submitted by Tom Frenkel of Carbondale, Illinois

• “I object to this expert witness, Judge Watson. Her opinions are, dare I say, elementary.” —Submitted by Daniel R. Kubiak of Grand Rapids, Michigan

• “May the court please indulge me a few more minutes as I am close to finding the root cause of this crime.” —Submitted by Bruce Rand of Woodstock, Georgia