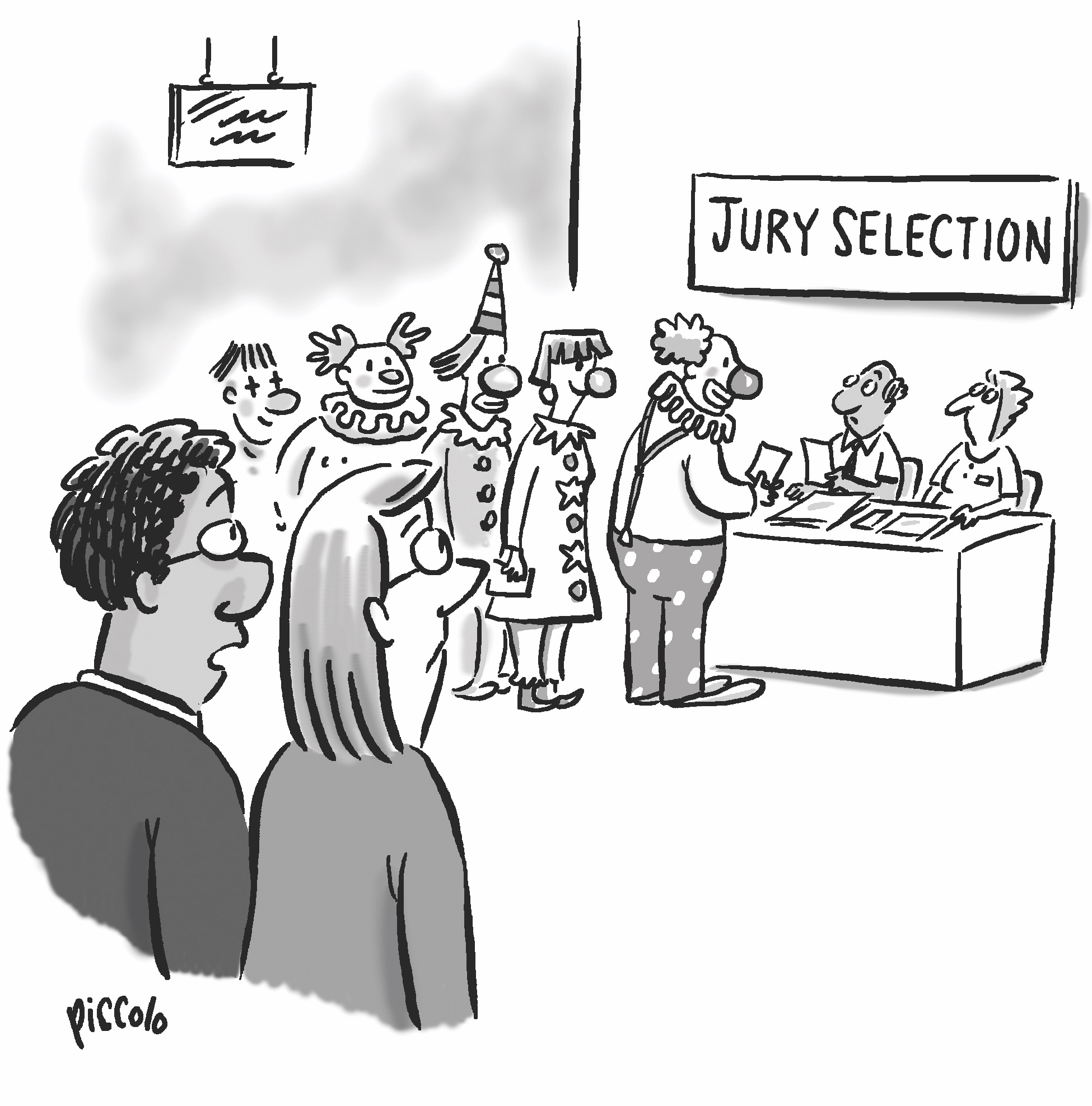 Jury duty is no joking matter, or is it? We laughed through more than 300 entries for this month’s cartoon caption contest. But we need your help deciding the winner. The caption that gets the most votes will appear in an upcoming issue of the magazine.

• “There was a typo in the jury duty notice. It said, ‘Circus Court,’ not ‘Circuit Court.’ ” —Submitted by Daniel R. Kubiak of Grand Rapids, Michigan

• “They say you are entitled to a trial by a jury of your peers. This defendant must be a real Bozo!” —Submitted by Marla H. Norton of Wilmington, Delaware

• “Actually, the really strange thing is that I recognize some of those guys from law school.” —Submitted by Christopher Potter of Salem, Oregon