Poll: Which mice-themed caption makes you smile and say cheese? 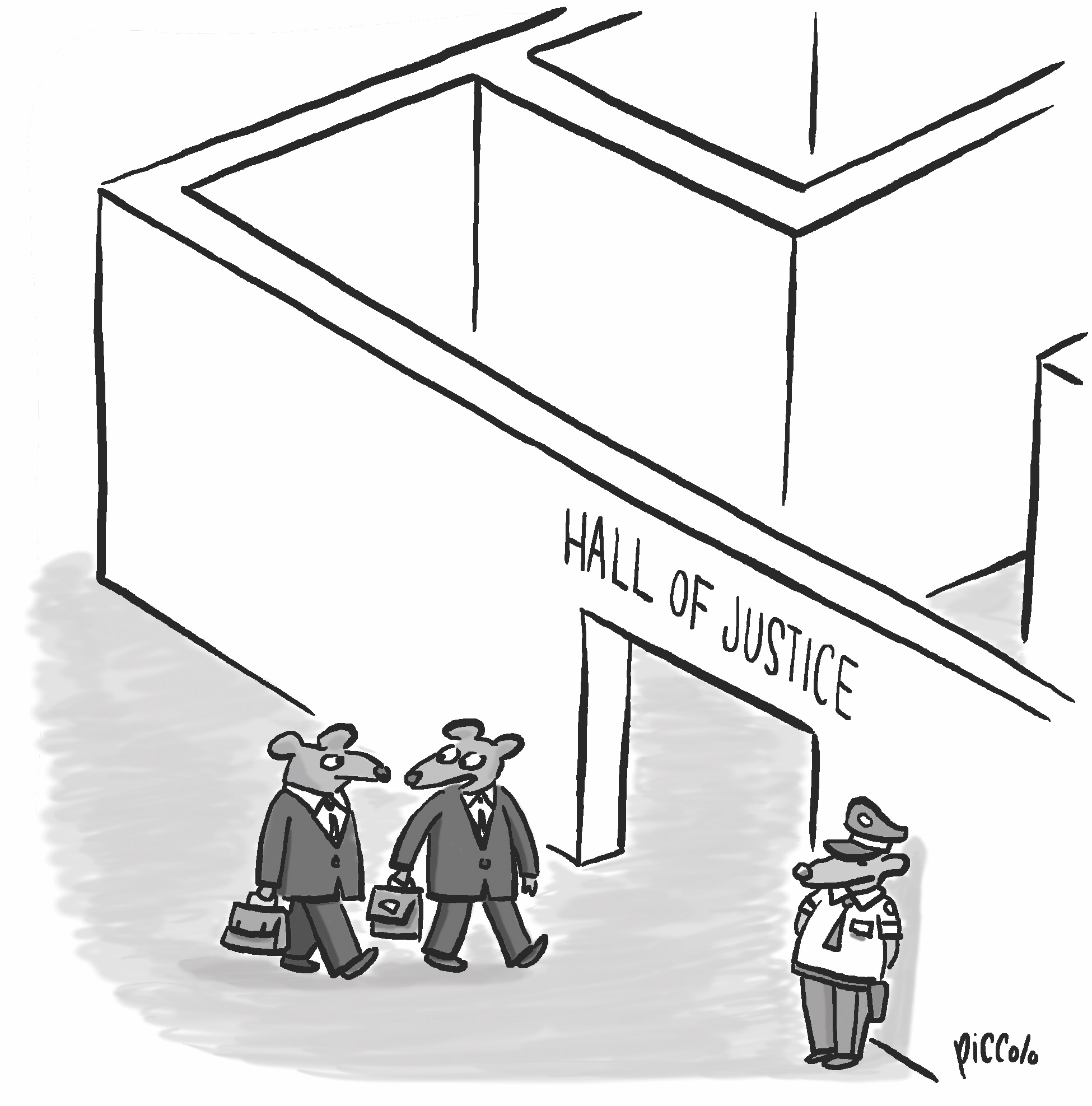 We had a great time scurrying through more than 130 entries for this month's mice-themed cartoon caption contest, and now you get to pick the winner. The caption that gets the most votes will appear in an upcoming issue of the magazine.

• “I’m not sure which way this trial is going to go.” —Submitted by Susan Wickes of Richmond, Indiana

• “I understand that Judge Mickey’s opinions can be rather circuitous.” —Submitted by Bill Broz of Los Angeles

• “As added incentive, the judge usually has a block of cheddar waiting for anyone who can find him.” —Submitted by Todd Cranford of Fairfax, Virginia