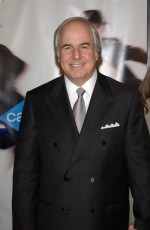 Frank Abagnale Jr. in 2002
at the Los Angeles premiere
of Catch Me If You Can,
which is based on his story.
Featureflash / Shutterstock.com

The con man whose exploits impersonating a doctor, pilot and a lawyer inspired the movie Catch Me if You Can says it wasn’t that difficult to fake legal knowledge.

Frank Abagnale Jr.’s teenage crime spree ended with a prison sentence. He is now a fraud consultant who lectures at the FBI Academy. Abagnale told the Minneapolis St. Paul Business Journal Law Blog that it wasn’t that hard to fake being a lawyer because it involved the same research and persuasion skills he used as a con man.

“Of all the things I did, the easiest profession [to fake] was the lawyer,” he said. “As the lawyer, I found most of it was a matter of research, which I was great at—that’s what I did to death—and then basically persuading people that you’re right and they’re wrong. … I found that the easiest of all the professions to impersonate.”

Abagnale was only 19 when he got a job as a legal assistant job with the Louisiana Attorney General’s office, the story says. He claimed to be a Harvard law grad and was able to pass the bar exam on the third try, according to TruTV.com.

Other parts of the interview were published at the Minneapolis St. Paul Business Journal BankNotes Blog. Abagnale talked about how easy it is for lawyers and other professionals to become victims of embezzlement by trusted employees. He advises business owners to have bank statements mailed to their homes instead of their offices.