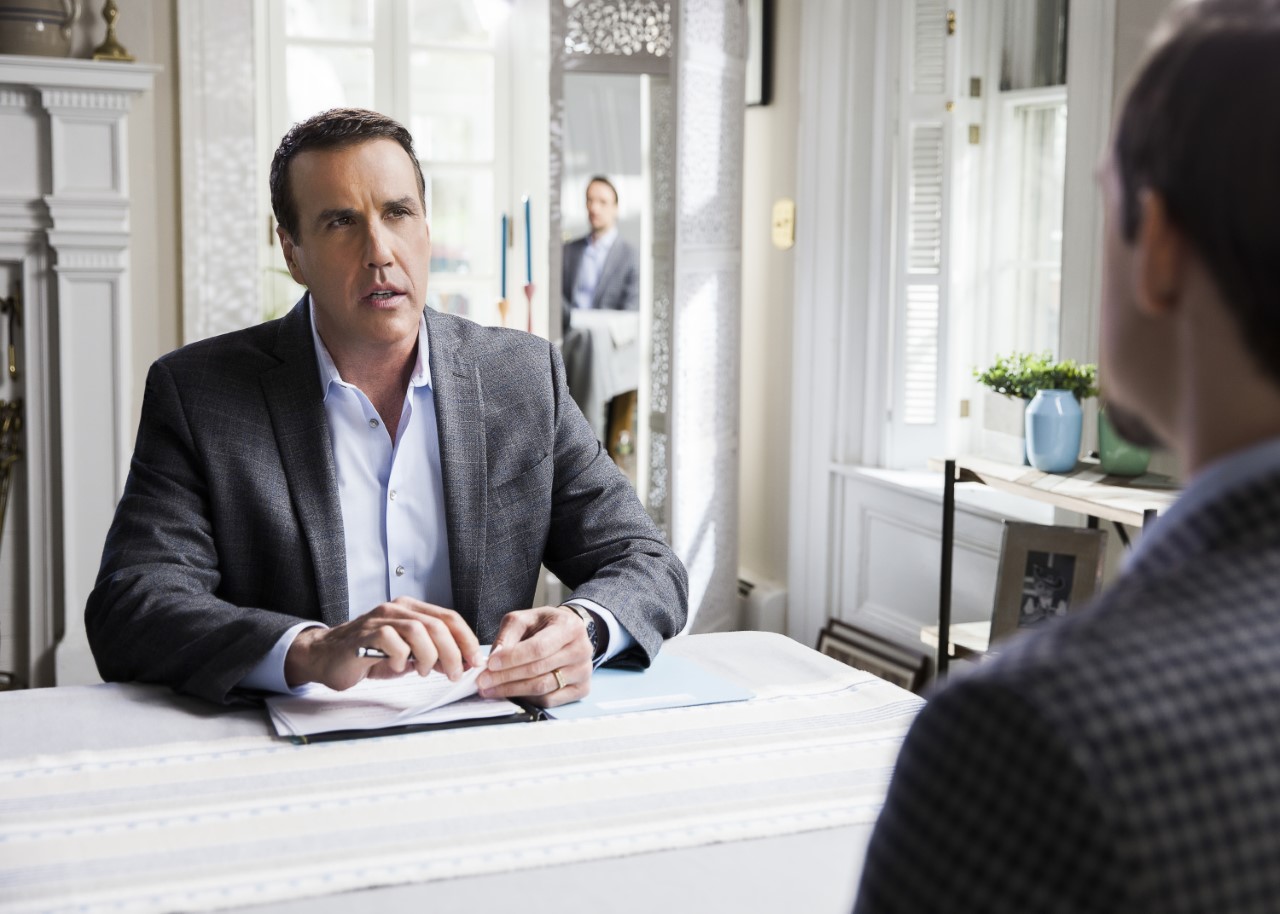 Fear of retaliation is a powerful incentive to remain silent when workers witness their employers engage in unlawful or unethical activities. It’s easy for others to judge employees who refuse to come forward, but blowing the whistle on an employer frequently comes at a high price, including termination and other forms of retaliation.

People who step up and speak out represent the modern-day equivalent of David going to battle against Goliath—and now David has a reality TV series to back him up.

JUDGE ALEX RETURNS TO LEND A VOICE TO WHISTLEBLOWERS

For anyone wondering, Judge Alex (from the Fox TV series by the same name) is now focusing his attention on being Alex Ferrer, the on-screen host and co-producer of the new CBS series Whistleblower. The show features weekly stories highlighting the lives of various individuals who have exposed corruption in the workplace and lived to tell about it. The protagonists are people who decided to take on powerful corporations engaged in unethical and unlawful conduct that cost the public money or put people in danger.

Whether the stories—as told through interviews with the whistleblowers and their attorneys—will hold the interest of viewers week after week remains to be seen. Viewership for its first week put Whistleblower first among all shows presented during that time slot, so it appears to be off to a good start. But will the show be able to capitalize on the “true-crime” phenomenon like so many others of late?

WHISTLEBLOWERS ARE THE EYES AND EARS OF SOCIETY

The concept of individuals reporting unethical and illegal governmental or quasi-governmental activity is not new. It was 240 years ago that the Continental Congress passed a resolution calling upon all citizens, including members of the military, to report fraud and other misconduct by anyone serving in the military or working for the government.

“Insider information” possessed by those working within otherwise innocuous organizations can prove invaluable to law enforcement and regulatory agencies. Whistleblowers frequently call attention to situations that might remain hidden and pose a risk to public safety. For example, one of the segments on Whistleblower concerned an oncologist who falsely diagnosed cancer in hundreds of patients and profited from the chemotherapy he prescribed and administered. The extreme danger posed to the patients would have continued were it not for the doctor’s office manager reporting the practice to authorities.

The False Claims Act was signed into law in 1863. It encouraged members of the public to report individuals and organizations engaged in fraudulent practices aimed at the government. The law allows lawsuits by private individuals against organizations that violate the act. It was amended in 1986.

Qui tam lawsuits under the False Claims Act allow the whistleblower to file as a plaintiff seeking damages for violations. The lawsuit is filed with the court under seal and kept confidential to give the government the opportunity to investigate the allegations and decide on one of the following courses of action:

• They may determine the case has merit and elect to intervene and take over prosecution of the lawsuit. The individual who originally came forward with the information and started the lawsuit remains in the case and participates in a limited basis. The individual is entitled to a financial incentive in the form of a percentage of the amount the government recovers against the offending party.

• The government may elect not to join the lawsuit, in which event the individual may still continue with the claim. A lawsuit pursued without the government intervening is still brought on behalf of the United States, but the individual is entitled to receive up to 30 percent of the amount recovered.

The financial benefit for a whistleblower participating in a qui tam lawsuit can be significant. According to the U.S. Department of Justice, whistleblower lawsuits filed in 2017 resulted in $3.4 billion recovered by the government and $392 million paid to the whistleblowers that brought the claims to the government’s attention. Still, that payday doesn’t come without a price.

THE DANGER OF BEING A WHISTLEBLOWER

I’ve never personally dealt with a whistleblower case. The officer manager for the oncologist mentioned earlier eventually hired an attorney to assist him in outing his employer’s health care fraud, so I know there is at least one lawyer who handles these actions. I went ahead and googled “whistleblower attorney,” and quite a few options showed up, actually.

In spite of my limited exposure to these types of disputes, the comparison that kept creeping into my mind was that of criminal defendants cooperating with authorities. The similarities are definitely there. In both circumstances, you have an individual with a lot to gain and plenty to lose (relatively speaking). Both situations require someone willing to maintain a high level of secrecy in regards to their activities. Both situations require that individual to risk a high level of danger—whether physical or economical— in order to achieve the desired goal.

Consequently, both circumstances involve the participant in a risk/reward analysis. Bringing serious corruption to light from the inside out involves a certain level of vulnerability: you are in essence exposing activities you may have had a hand in, inadvertently or not. This is illustrated in the series when the office manager discusses how some of the doctor’s patients thought he was in on the scam even after he brought the issue to authorities’ attention. Sometimes doing what’s right won’t stop you from being grouped with what’s wrong.

In that vein, here’s another very important issue to keep in mind: Without proper representation, a whistleblower-hopeful could possibly end up cast as a co-conspirator in the illegal activity if the cards fall the wrong way.

Luckily, the False Claims Act and other federal laws recognize the need to protect whistleblowers from retaliation and other potential consequences. Employers are prohibited from taking adverse action against a whistleblower within their organization, such as:

Moreover, federal law and the laws in many states prohibit organizations from engaging in activities, such as blacklisting, designed to prevent a whistleblower from being hired by other companies.

For example, laws such as the Sarbanes-Oxley Act provide civil relief for whistleblowers who are the target of retaliation. A complaint filed with the Department of Labor by a whistleblower can result in the reinstatement of the employee with all seniority restored along with back pay and benefits. A court can also award compensation to the worker for the retaliation, including costs, attorney fees and other litigation expenses.

SEEING AND HEARING FROM ACTUAL WHISTLEBLOWERS

Whistleblower provides viewers with an opportunity to see and hear from people who risked everything to do what they believed was right. However, the show’s presentation as a whole is a bit over-produced, and it seems to lack some of the grit and grime most “true crime” fans have come to expect.

Regardless, the series portrays the inherent danger of going against the grain. If there is a lesson to take away, it’s that those who expose end up a bit exposed as well. The plan doesn’t always work to perfection. In fact, the extent to which whistleblowers place themselves at risk was demonstrated recently when the U.S. Supreme Court rejected a whistleblower’s claim of retaliation in violation of federal law.

The court ruled in a unanimous decision that reporting a violation of federal securities laws internally to company management without also reporting it to the Securities and Exchange Commission did not provide the anti-retaliation protection of federal law. As such, Whistleblower will hopefully take steps to educate potential whistleblowers on the need to obtain legal advice from an attorney before speaking out against wrongdoing.

DOES IT PASS THE ‘TRUE CRIME’ TEST?

The entire time I was watching Whistleblower, I kept thinking to myself how much the series focuses on the individuals uncovering the wrongs as opposed to the system that allows them to benefit off their good deeds. This is where the show falls short, and many fans of the genre will feel a disconnect.

So many “true crime” series have staked their claim by focusing on the “true” aspect: the use of in-court footage or even news reels from the time and place offer authenticity that draws the viewer in. The real-time aspect allows the audience to become connected to the players and their plights. That simply doesn’t happen in Whistleblower. Most scenes are simply re-enactments.

Some might argue that the confidential nature and inherent secrecy involved in these situations excludes the possibility of any “real” footage—and they may be correct. However, the show seems to go too far into its focus on the whistleblowers’ backgrounds, relationships, history, and aftermath. Even with any perceived restrictions, Whistleblower spends too much time dramatizing the players while missing out on plenty of opportunities to look at the process and procedure through which these cases flow.

Corrected Aug. 30 to remove statement that 1986 amendments to the False Claims Act allowed private lawsuits. Such suits were possible under the original 1863 legislation.