Cellphone user had no expectation of privacy in pocket-dialed call, 6th Circuit rules 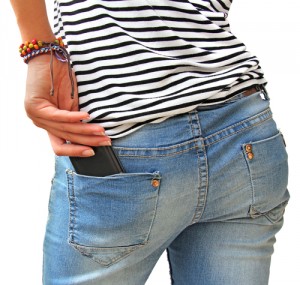 A federal appeals court has ruled that the former chairman of an airport board in Kentucky had no expectation of privacy in an inadvertent “pocket dial” call.

The decision (PDF) by the Cincinnati-based 6th U.S. Circuit Court of Appeals upholds dismissal of the suit by James Huff, the former chairman of the board that oversees the Cincinnati/Northern Kentucky International Airport. The defendant, Carol Spaw, was an executive assistant to the airport CEO, the National Law Journal (sub. req.) and the Cincinnati Enquirer report.

Huff had sued Spaw for alleged violation of a federal law that bars the interception of communications. Huff inadvertently made the call in October 2013 while he and his wife were attending a business conference in Italy with the airport board’s vice chairman.

During the 91-minute phone call, Huff discussed personnel matters, including the airport CEO’s employment situation, with the vice chairman and then with Huff’s wife. Spaw took notes and recorded the last four minutes of the call.

Spaw said she believed the conversation was about a plan to unlawfully discriminate, so she prepared a typewritten summary of the call and gave it, along with the recording, to other members of the airport board.

The appeals court said a person who operates a device capable of exposing conversations to third parties has no reasonable expectation of privacy when he or she fails to take precautions that would prevent such exposure. Pocket dials can be prevented by locking the phone, setting up a passcode, or using an app that prevents pocket dials, the court said.

“James Huff did not employ any of these measures,” the 6th Circuit said. “He is no different from the person who exposes in-home activities by leaving drapes open or a webcam on and therefore has not exhibited an expectation of privacy.”

The appeals court revived claims by Huff’s wife, however. “Speaking to a person who may carry a device capable of intercepting one’s statements does not constitute a waiver of the expectation of privacy in those statements,” the opinion said.

A lawyer for Spaw told the Enquirer that his client expects to prevail on the wife’s claim.