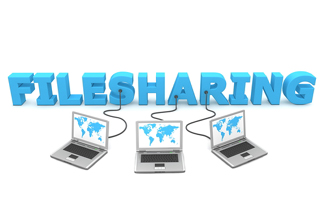 A cert petition filed by Harvard University law professor Charles Nesson claims the recording industry had an ulterior motive when it engaged in a “litigation assault” against illegal music downloaders—its purpose was to frighten the Internet-savvy children of America.

Nesson represents Joel Tenenbaum, a Boston University doctoral graduate originally ordered to pay $675,000 for downloading copyrighted music, Ars Technica’s Law & Disorder blog reports. The industry’s ulterior purpose, Nesson wrote in the Supreme Court petition (PDF), was to create “an urban legend so frightening to children using the Internet, and so frightening for parents and teachers of students using the Internet, that they will somehow reverse the tide of the digital future.”

The trial judge reduced the award to $67,500 on the ground it was constitutionally excessive, but the Boston-based 1st U.S. Circuit Court of Appeals said the judge should have avoided the constitutional question through remittitur.

Nesson objects to the procedure because it allows the plaintiffs to reject the reduced award and opt for a retrial. “The 1st Circuit’s misuse of remittitur threatens to push the defendant down an endless litigation rathole,” Nesson argues. The prospect of a “retrial merry-go-round” forces defendants to settle, avoiding the constitutional issues, he writes.