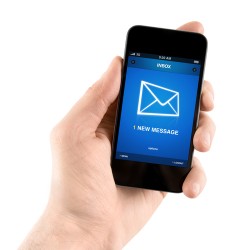 Workers who are expected to work at home on digital devices without extra pay may get a boost as a result of a change in federal rules.

Currently, many workers making more than $23,660 a year aren’t eligible for overtime pay, though eligibility varies based on factors such as whether they are paid or salaried. But the Labor Department is considering raising the salary floor, perhaps to $50,000 a year, the Wall Street Journal (sub. req.) reports.

The higher eligibility level would “sweep millions more Americans under the purview of the Fair Labor Standards Act, which protects the right of workers to overtime pay,” the article says. And that could lead to more lawsuits for overtime.

There are few decisions on pay for remote, technology-assisted work. A judge allowed Chicago police officers to pursue their claims, however.

The suit alleges officers were issued personal digital assistants and were expected to respond to communications while off duty. A lawyer for plaintiff Jeffrey Allen, Paul Geiger, tells the Wall Street Journal that officers in elite units like the organized crime division, where Allen worked, were expected to refrain from claiming pay for the extra work.

The trial is scheduled to begin in August.