Charlotte School of Law receives state license restrictions; some say end may be near

Updated: Charlotte School of Law is not in compliance with state standards regarding financial resources, planning or stability, according to the University of North Carolina’s Board of Governors committee, which handles state authorization and licensure for nonpublic, post-secondary degree granting institutions.

As a condition of its state license, the June 21 decision states, the for-profit law school, which is part of the InfiLaw System, must submit an ABA-approved teach out or remedial plan no later than Aug. 10. Also, the decision directs the law school to admit no new students, and it must obtain a tuition guaranty bond of at least equal amount the prepaid tuition from students who may participate in the proposed teach-out plan.

“It may not be the final nail in the coffin, but the noose is tightening,” says David Frakt, a Florida lawyer who was previously a dean candidate at another InfiLaw campus, Florida Coastal School of Law.

Paul Meggett, who WSOC TV reports was recently named as Charlotte School’s interim dean, did not respond to an ABA Journal request for comment.

The council of the ABA’s Section of Legal Education and Admissions to the Bar issued a decision (PDF) in October to place Charlotte School of Law on probation. In December the U.S. Department of Education announced that the school would lose its federal student aid after finding that it made “substantial misrepresentations” to current and prospective students regarding its compliance with ABA accreditation standards.

Over the past year, Charlotte School of Law has made various statements that the student loan funds would be released, including to the ABA Section of Legal Education and Admissions to the Bar. In March the section announced that a proposed teach-out agreement for the law school was deferred. That followed the school sharing a letter from the Department of Education, “which appears to provide a pathway for the law school to continue to have access to ‘second or subsequent … federal loan disbursements’ for certain of the law school’s students,” Barry Currier, the ABA’s managing director of accreditation and legal education, wrote in a March 27 letter (PDF) to the law school.

In May, the second disbursement of direct loan funds was released, reportedly only to students with fall-spring packages. Another condition of the state license decision is that the Department of Education must determine no later than Aug. 10 that any student remaining at the law school may participate in Title IV federal loan programs. 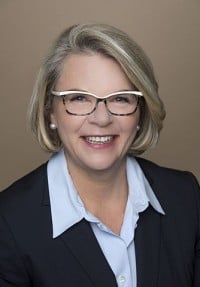 Charlotte School of Law currently has 11 first-year students, most of whom are part-time, 55 second-year students and 34 third-year students, according to a June 16 memo (PDF) from Margaret Spellings, president of the University of North Carolina. Seventy-three students are on a leave of absence from the university.

“To the students who are still there, if any other school will take them they should leave,” Frakt says. “I just don’t see how they can limp along with a very small group of students.”

Charlotte School of Law has been licensed by the state since 2005. Its expenditures per student remained flat since 2012, but dipped more than 25 percent in 2016, according to the licensure review submitted to UNC by First Tryon Advisors, which was brought in to review the law school’s financial health and business model. Since 2012, the law school’s education income per student has nearly doubled, according to the report, which is included in Spellings’ memo.

“In a stable or rising enrollment, this data might indicate that CSL has realized efficiencies that allow it to deliver both a quality educational product and significant value to its investors,” the report reads. “In this context of a declining enrollment environment, however, the data suggest that CSL’s cost management initiatives may be designed to maintain profitability at the expense of CSL’s core educational programming.”

Neither the ABA’s Section of Legal Education or the Department of Education would comment on the June 21 decision. Spellings’ memo includes a May 24 report regarding Charlotte School of Law’s compliance with license standards. It details a “reliable plan” the law school submitted to the ABA’s accreditation committee in December 2016. Goals included restructuring curriculum and bar preparation programs, and projected increases in LSAT scores for entering classes.

“Because of the very ambitious nature of the reliable plan and the lack of details demonstrating that its goals can be met, the reviewers are cautious about whether the plan can be successfully implemented in an expedited period of time,” the report states. “Given Charlotte School of Law’s perilous financial situation…and given the reservations about whether the reliable plan can be successfully implemented quickly enough, the reviewers are not optimistic about CSL’s ability moving forward to maintain compliance with Standard 3” of the UNC Board of Governors Rules and Standards for Licensing Nonpublic Institutions, which addresses programs of study.

“The finding that Charlotte’s reliable plan to the ABA could potentially worsen the law school’s financial position puts it in a catch-22 situation,” Aaron Taylor, executive director of the AccessLex Center for Legal Education Excellence, wrote in an email. “In order to remain accredited, it must improve its academic program; but improving its academic program could place its state certification in further peril. It seems that without a significant and immediate infusion of funding, the law school is headed for certain closure.”

A statement (PDF) Charlotte School of Law released Monday described the UNC decision as “largely positive.” It plans to continue pursuing participation in the federal loan program, and its ABA accreditation.

“CSL has taken concrete steps to reduce its debt and related obligations, and provided evidence of those steps to UNC, to demonstrate CSL’s rapid progress toward compliance. Thus, when CSL’s application to resume participation in the federal Direct Loan Program is approved, which we hope will happen soon, we believe CSL will be financially capable of returning to full operation,” the release states. “Moreover, assuming our Reliable Plan is acceptable to the ABA, we will promptly return to the UNC Board to seek removal of its conditions and a full reinstatement of our license.” 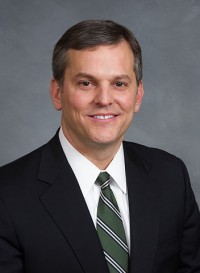 The law school is also faces a civil fraud investigation from the North Carolina Attorney General’s office. The demand (PDF) sought documents that address “alternative financing” for CSL students, as well as documents that explained any plan to credit the students for federal funds, including what the plan was if the school’s Title IV eligibility was not reinstated.

“My office is reviewing the Board of Governors’ resolution granting CSL a provisional license and the implications for CSL’s students. I continue to be very concerned for not only current CSL students, but for those students who left CSL amid the turmoil of the last seven months,” Josh Stein, the state attorney general, wrote in an email. “Right now, I am considering appropriate action that this office might take to protect those CSL students, and I encourage any CSL student who has been wronged to share his or her experience with my office.”

Updated June 26 to add a statement from Charlotte School of Law.