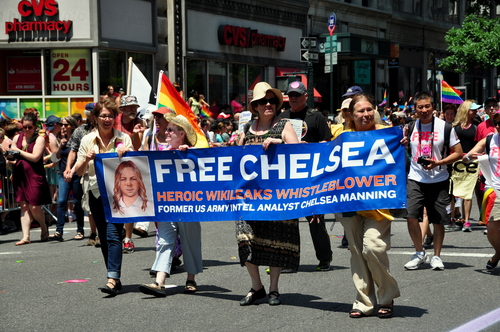 The U.S. soldier sentenced to 35 years in prison for leaking classified information was released Wednesday as a result of a commutation granted by former President Barack Obama.

Manning, an 29-year-old Army intelligence analyst, leaked hundreds of thousands of classified documents to WikiLeaks. The military documents included revelations about abuses of detainees by Iraqi military officers working with the United States, and the likely underassessment of civilian casualties in the Iraq war. Military prosecutors had argued that Manning’s leaks severely damaged U.S. intelligence.

Manning is a transgender woman who had sought sex reassignment surgery while in prison. The request was eventually granted but her sentence was commuted before she could obtain the operation, according to the Washington Post.