Chemerinsky joins call for US probe of jailhouse informant program 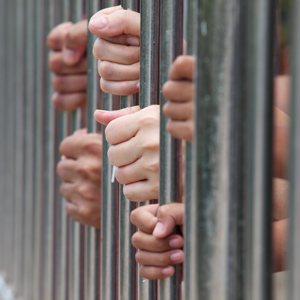 Their Nov. 17 letter expresses “grave concern” about the actions of the Orange County District Attorney’s office and Sheriff’s Department, citing a New York Times editorial on the “scheme” involving the alleged intentional placement of informants in cells next to defendants awaiting trial. The editorial says authorities failed to turn over evidence favorable to defendants and lied in court about what they did.

The letter highlights the case of murder defendant Scott Dekraai in which a judge ordered the recusal of the entire DA’s office because of a “chronic failure” to turn over exculpatory evidence to the defense. Dekraai’s public defender alleged the government intentionally placed a jailhouse informant next to Dekraai in jail and concealed information about such practices.

The letter says the problems extend beyond the Dekraai case: “As of the writing of this letter, it is fair to say that the criminal justice system in Orange County is in a state of crisis: charges in extremely serious cases have been reduced or dismissed; violent crimes—including murders—have gone entirely uninvestigated; to date, four law enforcement officers have refused to testify in pending criminal matters, citing their Fifth Amendment privilege against self‐incrimination; and at least one prosecutor has been found by a court to have given ‘incredible’ testimony under oath. More troubling still, this all appears to be the tip of the iceberg.”

The DA’s statement says Chemerinsky and other activists signing the letter were opining in “an inflammatory way without conducting due diligence.”