Chemerinsky: The most important SCOTUS stories of 2017 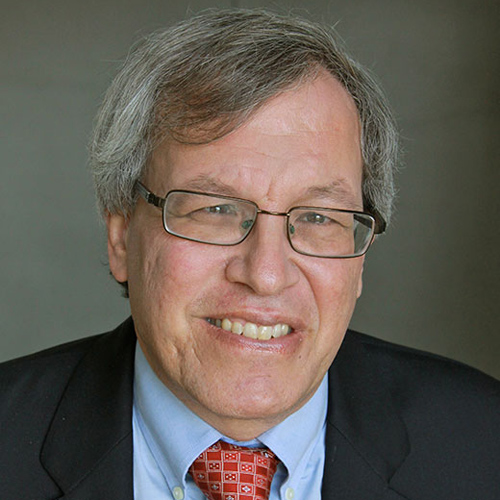 The end of the year inevitably brings lists, such as of best movies and books, so I cannot resist looking back at 2017 and identifying the most important stories concerning the U.S. Supreme Court.

The nomination and confirmation of Neil M. Gorsuch: By far the most important development of 2017 was President Donald Trump in January nominating and the Senate in April confirming Gorsuch to the Supreme Court. What preceded this nomination was unprecedented in American history and will have long-lasting implications for the confirmation process.

Prior to 2016, there were 24 instances in which there was a vacancy on the Supreme Court in the last year of a president’s term. In 21 instances, the Senate confirmed the nominee. But never before, until President Barack Obama’s nomination of D.C. Circuit Chief Judge Merrick Garland, had the Senate said that it would hold no hearings and no vote on a nominee. This likely will mean that from now on, whenever the president and the majority of the Senate are from different political parties, the Senate will not consider any Supreme Court nominations in the last two years of a presidential term. The electoral map makes it difficult for Democrats to take control of the Senate in November, but if they do, no one President Donald Trump nominates during the last two years of this presidential term has a chance at confirmation.

Until Gorsuch, there never had been an actual filibuster of a Supreme Court nomination. There had been 48 votes against the confirmation of Clarence Thomas in 1991 and 42 against Samuel A. Alito in 2006, but in neither instance did the Democrats filibuster. The Democrats, though, chose to filibuster Gorsuch’s nomination and Republicans changed the Senate rules to eliminate the possibility of filibusters for Supreme Court nominations (as Democrats had done for lower federal court judges during the Obama presidency). The result is that when the president and the Senate are of the same political party, there is no need to nominate someone who can garner any support from the other party.

Since being sworn in on April 10, Justice Gorsuch has consistently been a very conservative vote. In fact, thus far, he has voted with Justice Clarence Thomas 100 percent of the time.

In three cases involving whether the National Labor Relations Act’s protection for collective action precludes employees from requiring that employees sign arbitration agreements, the Trump administration shifted away from the Obama position and took the employers’ side. This led to the unusual result of having the two parts of the federal government—the solicitor general’s office and the National Labor Relations Board—arguing on opposite sides of the same case.

The primary Supreme Court rulings so far have been preliminary ones involving immigration issues, and the Trump administration has fared pretty well. After two federal appeals courts upheld injunctions against the second version of the travel ban, the Supreme Court on June 26 granted review in both cases and partially lifted the injunctions. The court said the injunctions could remain in effect for those with bona fide relationships to individuals or institutions in the United States, but the injunctions would be lifted for those without such relationships. Before the cases could be heard, the travel ban (which was for a limited period of time) expired and the court dismissed the cases as moot. A new version of the travel ban then was issued and this is being challenged in the courts. This time, though, the Supreme Court, by a 7-2 vote, allowed the entire travel ban to go into effect.

Race and the court: A stunning number of cases last term affected issues of race. They arose in many different contexts. Perhaps they reflect a court that is showing itself to be more sensitive to racial issues.

In Pena-Rodriguez v. Colorado, the court held that a jury verdict can be impeached based on alleged racist statements by a juror during jury deliberations. Justice Anthony M. Kennedy, writing for the court in a 5-3 decision, powerfully declared the need to eradicate considerations of race from the criminal justice system and concluded that a hearing should be held when there is evidence of racial bias in jury deliberations. Justice Kennedy declared: “The court now holds that where a juror makes a clear statement that indicates he or she relied on racial stereotypes or animus to convict a criminal defendant, the Sixth Amendment requires that the no-impeachment rule give way in order to permit the trial court to consider the evidence of the juror’s statement and any resulting denial of the jury trial guarantee.”

In Buck v. Davis, the court found ineffective assistance of counsel based on the defense lawyer’s use of an expert who had made a racist statement in his report and in court. Chief Justice John G. Roberts wrote: “But when a jury hears expert testimony that expressly makes a defendant’s race directly pertinent on the question of life or death, the impact of that evidence cannot be measured simply by how much air time it received at trial or how many pages it occupies in the record. Some toxins can be deadly in small doses.” Perhaps most importantly, the court was emphatic that “it is inappropriate to allow race to be considered as a factor in our criminal justice system.”

Another important case about race, though in a very different context, was Cooper v. Harris, which involved the use of race in drawing election districts. Cooper v. Harris will have important political consequences, especially in Southern states. The court emphatically held that except in the most extraordinary circumstances, the government cannot use race in drawing districts. The composition of the court’s majority was unusual: It was a 5-3 decision, with Justice Elena Kagan writing for the majority, joined by Justices Clarence Thomas, Ruth Bader Ginsburg, Stephen Breyer, and Sonia Sotomayor. Rarely in his 26 years on the court has Justice Thomas joined with liberal justices to create a majority. Justice Kagan said race cannot be used in drawing election districts even if the goal is giving an electoral advantage to the incumbent political party.

Finally, the most important free speech case of the year, Matal v. Tam, also involved an issue of race. The case involved a dance-rock group comprised of Asian-Americans, that wanted to call themselves “The Slants,” with “slants” being a derogatory term often directed at Asian-Americans. Simon Tam, the leader of the band, said the goal was to appropriate this term back to the Asian community. They were denied registration of the trademark on the ground that this is a term disparaging to Asians. The Lanham Act, the statute governing registration of trademarks, prohibits registration of a trademark that “consists of … matter which may disparage … persons, living or dead, institutions, beliefs, or national symbols, or bring them into contempt, or disrepute.”

The court unanimously held that this provision of the Lanham Act was unconstitutional on the ground that it was viewpoint discrimination. The court was emphatic that the government cannot regulate speech or deny benefits for speech on the ground that it is offensive, even deeply offensive. Although there were separate opinions by Justice Alito and Justice Kennedy, each joined by three other justices, all eight participating justices found the law was impermissible viewpoint discrimination: The Slants could have registered a trademark for a name of a band that was favorable to Asian-Americans, but not derogatory.

Cases argued but not yet decided: Several potential blockbuster cases were argued in 2017, but will not be decided until 2018. In Masterpiece Cakeshop v. Colorado Civil Rights Commission, the court will decide whether it violates the First Amendment to force a bakery, whose owner opposes same-sex marriage on religious grounds, to make a cake for a gay couple to celebrate its wedding. In Gill v. Whitford, the issue is whether federal courts can adjudicate challenges to partisan gerrymandering and, if so, when that practice violates the Constitution. In Carptenter v. United States, the question is whether police need to get a warrant before receiving information from cellphone companies that can be used to pinpoint a person’s locations and movements.

All of these likely will make 2018 a momentous year for the court. But these decisions will be overshadowed if rumors of Justice Kennedy retiring come true. Above all, 2017, showed that this is still the Anthony Kennedy court. Once more, he was the justice most often in the majority—97 percent of all of the decisions. Whether he will continue to serve is likely the most important story about the court in the coming year.