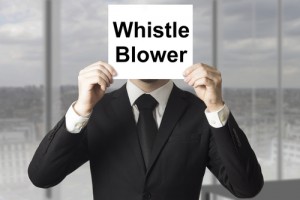 Chicago lawyer Stephen Diamond has made a business out of filing qui tam cases accusing internet retailers of failing to pay correct taxes to the state of Illinois.


Diamond and his law firm have filed more than 900 qui tam cases in Cook County, Illinois, courts and obtained nearly $30 million in settlements over a 15-year period, Bloomberg Big Law Business reports. Diamond’s share of the proceeds is $11.6 million, which includes his share of the settlements, attorney fees and costs.

Bloomberg collected the information through Freedom of Information Act requests.

Diamond and his law firm buy hundreds of products from online retailers to determine if they are paying proper taxes, according to the story. When there are alleged violations, Diamond sues under the Illinois False Claims Act. Like eight other states, Illinois permits whistleblower cases for alleged tax code fraud, the article says, citing information from the Taxpayers Against Fraud Education Fund.

Diamond obtained a $6.6 million settlement in October in a suit against a subsidiary of computer companies Gateway Inc. and Acer Inc. It is the largest settlement he has obtained in his 15 years of qui tam litigation.

The big win is in contrast to a series of case dismissals in December and May precipitated by Illinois Attorney General Lisa Madigan’s decision to intervene in the cases. Madigan argued the liquor companies and wineries that Diamond had sued didn’t have to pay sales tax because they didn’t have a sufficient nexus with the state. A judge dismissed a block of 202 cases in May, and another block of 114 cases in December.

One critic of Diamond is Mark Dyckman, general counsel for the state revenue department. He told Bloomberg that the focus on minor tax issues interferes with the department’s big-picture objectives. In one instance, he said, the department had negotiated a deal with more than two dozen retailers that would have excused past tax issues but required them to pay proper taxes in the future. The deal couldn’t go forward when some of the retailers were targeted by Diamond.

But Diamond tells Bloomberg he has provided significant service to “a state which has enormous tax revenue problems.” His cases have generated millions in dollars of revenues for the state from major retailers who complied with the law after he sued, he said.