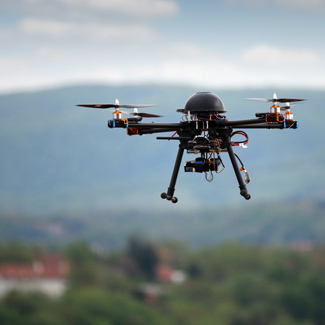 Addressing a new technology, Chicago’s city council is pondering possible regulations on drones that would restrict hours of operation and require owners of the unmanned small aircraft to register them and provide insurance.

An ordinance introduced Wednesday by Aldermen Edward Burke, who serves as finance committee chairman, and Scott Waguespack would also establish no-drone zones within five miles of the city’s major airports and a quarter mile of schools, hospitals, places of worship and open-air stadiums, the Chicago Sun-Times (sub. req.) reports.

Drones could not be flown between 8 p.m. and 8 a.m., more than 400 feet off the ground or out of the operator’s sight. Arming them with weapons also would be prohibited, as well as launching them intending to cause “harm to persons or property” or with the “purpose of conducting surveillance unless expressly permitted by law.”