Chief justice says he backs consensus, even if it means putting off issues for a later day 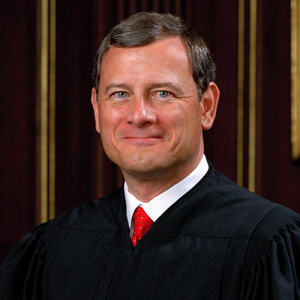 Putting off the resolution of issues for a later day isn’t necessarily a bad thing, according to Chief Justice John G. Roberts Jr.

Roberts said on Wednesday that he sees value in consensus and restraint. The Associated Press covered Roberts’ comments at a conference of the Richmond, Virginia-based 4th U.S. Circuit Court of Appeals.

“I try to achieve as much consensus as I can,” Roberts said. “I think we spend a fair amount of time—maybe a little more than others in the past—talking about things, talking them out. It sometimes brings you a bit closer together.

“But it’s been subject to some criticism that you can put things off and you can say, ‘Well, let’s not deal with this issue. Then maybe in five years we’ll get another case if we have to.’ And some people think that’s bad. I think it has something to do with judicial philosophy. I think we should be as restrained in when we decide the issues when it’s necessary to do so. I think that’s part of how I look at the job.”