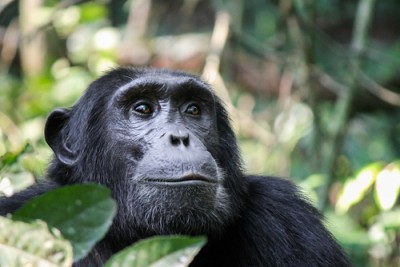 New York’s top court has refused to hear a habeas appeal filed on behalf of two caged chimpanzees, but one judge sees merit in arguments made.

In a concurrence on Tuesday, Judge Eugene Fahey said he agreed that an appeals court had correctly dismissed the habeas appeal for procedural reasons, but the “ethical dilemmas on display in this matter” would eventually have to be addressed.

The Legal Profession Blog notes the concurrence, and Reuters has coverage.

Though a chimpanzee isn’t a person who may be entitled to habeas relief, he or she may still have a right to liberty protected by habeas corpus, Fahey said. “We should consider whether a chimpanzee is an individual with inherent value who has the right to be treated with respect,” he wrote.

The cases were filed on the chimpanzees’ behalf by the Nonhuman Rights Project of Coral Springs, Florida. Project lawyer Steven Wise told Reuters that Fahey’s opinion “could be a historical turning point in the struggle to obtain legal rights for nonhuman animals in the United States.”

New York’s Supreme Court, Appellate Department, had ruled last year that the suits filed on behalf of chimpanzees Tommy and Kiko were successive habeas proceedings that must fail because they were not supported by changed circumstances. Though there was new expert testimony in the case, it didn’t counter previous findings that chimpanzees don’t have any legal duties, and therefore have no legal rights, the court said in its decision last June.

The appeals court had based its conclusion on the premise that a chimpanzee is not a member of the human species, Fahey said. But whether a being has the right to seek release from confinement through habeas corpus should not be treated as a simple either/or proposition, he said.

Fahey cited unrebutted evidence from primatologists that chimpanzees “have advanced cognitive abilities, including being able to remember the past and plan for the future, the capacities of self-awareness and self-control, and the ability to communicate through sign language. Chimpanzees make tools to catch insects; they recognize themselves in mirrors, photographs, and television images; they imitate others; they exhibit compassion and depression when a community member dies; they even display a sense of humor.”

Relying on a paradigm that bases entitlement to a court decision on whether a party is a person or a thing “amounts to a refusal to confront a manifest injustice,” Fahey said.

“The evolving nature of life makes clear that chimpanzees and humans exist on a continuum of living beings,” he wrote. “Chimpanzees share at least 96 percent of their DNA with humans. They are autonomous, intelligent creatures. To solve this dilemma, we have to recognize its complexity and confront it.

“While it may be arguable that a chimpanzee is not a ‘person,’ there is no doubt that it is not merely a thing.”