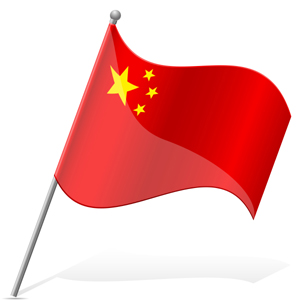 An unprecedented crackdown focused on one of China’s most prominent human rights lawyers and her firm has resulted in the arrest and/or questioning of over 100 attorneys, activists and others during the past week.

The lawyer, associate Wang Yu of the Fengrui Law Firm in Beijing, has been criminally detained, along with her husband, Bao Longjun; law firm director Zhou Shifeng and his assistant, Liu Sixin; and Fengrui lawyers Huang Liqun and Wang Quanzhang, the South China Morning Post reports. The six are accused of “seriously violating the law” but no charges were specified.

CNN says an unidentified worker at the firm told the network that its offices were searched Friday and at least 10 of its attorneys had been detained, although it appears that some may since have been released.

The SCMP reports that at least two other law firms were searched as well. Wang Yu’s client, high-profile activist Wu Gan, who also worked at the Fengrui firm, was arrested a week ago.

China’s national police, the Ministry of Public Security, told state-run media the sweep targeted a “major criminal gang” operating in conjunction with the Fengrui law firm since 2012, according to the SCMP article. Members, including Fengrui lawyers portrayed as ringleaders, allegedly used illegal paid protesters to draw attention to cases and spread rumors, in an attempt to influence court verdicts.

Charged with inciting subversion, Wu Gan is accused of masterminding the gang’s activities in the name of “rights defense, justice and public interest,” but actually doing so with ulterior motives, the People’s Daily reports.

In a written statement, the ministry said Fengrui lawyers were behind over 40 incidents during the last three years that “severely disrupted public order.” They then allegedly used the law firm’s resulting higher profile to attempt to raise the fees Fengrui charges clients, the People’s Daily reported.

Other suspects in the claimed criminal operation include social media users accused of planning events and individuals who allegedly posed as petitioners in court cases.

The unidentified Fengrui employee told CNN the accusations are “nonsense.”

Teng Biao, a visiting fellow at Harvard Law School and one of Asia’s most prominent legal activists, told the South China Post that the accusations were only a pretext for the government to take action against human rights lawyers. Biao told the ABA Journal in a February feature that he himself has been been abducted by Chinese authorities more than once and threatened with prison if he did not quit practicing.

News reports differ on the exact number of individuals targeted in the sweep, but all say it is over 100. The South China Morning Post says individuals were detained, summoned or questioned in at least 15 cities and provinces.

Reuters: “How support for a Chinese rights lawyer could have led to crackdown”