Chris Christie knew about bridge scheme as it unfolded, prosecutors allege in trial of ex-officials 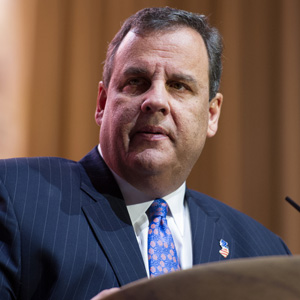 Federal prosecutors alleged on Monday that New Jersey Gov. Chris Christie knew about his close associates’ scheme to shut down lanes to the George Washington Bridge as it was unfolding.

Prosecutors made the allegation in opening statements in the trial of two former government officials, report the New York Times and Bloomberg News.

Prosecutors claimed government officials had bragged about the scheme to Christie, and Christie knew the closures were intended as punishment for a mayor who didn’t support Christie’s re-election.

According to the Times, the “striking” assertion that Christie had contemporaneous knowledge of the closings had not been previously made by prosecutors.

Christie has said that he didn’t know about the bridge closings ahead of time and had no involvement in the decision. Christie has also said he didn’t recall being told about the closings as they were occurring. A report by Gibson Dunn & Crutcher had found Christie’s claim “rings true.” Christie has not been charged in the case.

Baroni had alleged in a pretrial motion that the prosecution theory of the case had “impermissibly morphed” a month before the trial was begin, the New Jersey Law Journal (sub. req.) reports.. At first, prosecutors alleged the scheme was intended to punish the mayor of Fort Lee, New Jersey. But before trial prosecutors claimed Baroni participated in the scheme to curry favor with Christie. the motion said.