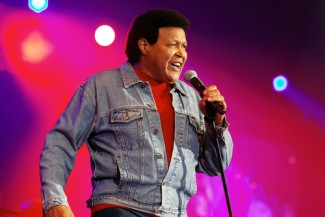 Singer Chubby Checker has filed a trademark infringement suit seeking $500 million in damages from the makers of a smartphone app called “The Chubby Checker,” which claimed an ability to estimate the size of a man’s penis by using his shoe size, the Associated Press reported.

The Palm OS app, which was priced at 99 cents, is no longer sold and was downloaded only 84 times before being pulled from the market, New York Daily News reported. However, Checker’s lawyer, Willie Gary, says the app “adversely affects Chubby Checker’s brand and value.”