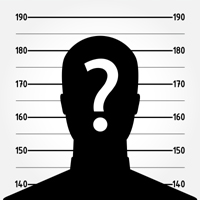 The Freedom of Information Act doesn’t require automatic release of a federal suspect’s mug shot to the media, a federal appeals court has ruled in an en banc decision.

The Cincinnati-based 6th U.S. Circuit Court of Appeals ruled 9-7 on Thursday that suspects have a privacy interest in preventing disclosure of their photos that should be weighed against the public interest in criminal cases, Law.com reports. How Appealing links to the decision (PDF).

The court noted that FOIA allows federal agencies to refuse requests for law-enforcement information if the release could “reasonably be expected to constitute an unwarranted invasion of personal privacy.”

The court ruled in a suit by the Detroit Free Press, which had sought photos of four Michigan police officers charged with bribery and drug conspiracy from the U.S. Marshals Service.

The en banc ruling overturned a 1996 decision by the 6th Circuit involving the Detroit News that found no privacy interest is implicated by booking photos. The impact of the internet has made a difference, the appeals court said.

“A disclosed booking photo casts a long, damaging shadow over the depicted individual,” Circuit Judge Deborah Cook wrote for the majority. “In 1996, when we decided Free Press I, booking photos appeared on television or in the newspaper and then, for all practical purposes, disappeared. Today, an idle internet search reveals the same booking photo that once would have required a trip to the local library’s microfiche collection. In fact, mug-shot websites collect and display booking photos from decades-old arrests.”

After the 1996 decision, the U.S. Marshals Service released booking photos for requests within the 6th Circuit’s jurisdiction, but withheld them elsewhere. The agency changed its stance in 2012 and withheld the photos nationwide after two other federal appeals courts disagreed with the 6th Circuit’s stance.

Circuit Judge Danny Boggs wrote the dissent. “Today’s decision obscures our government’s most coercive functions—the powers to detain and accuse—and returns them to the shadows,” he wrote. “Open government is too dear a cost to pay for the mirage of privacy that the majority has to offer.”

The case is Detroit Free Press v. Department of Justice.