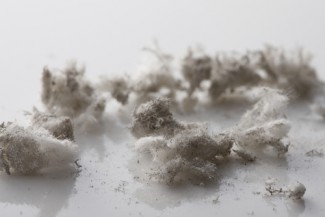 The Department of Justice has been increasing its scrutiny of trusts that are set up to compensate victims of asbestos.

Companies in bankruptcy court create the trusts to protect themselves from lawsuits while creating a pot of money for victims. The DOJ has expressed concern about fraudulent claims and a lack of oversight, the Associated Press reports. The DOJ asserts it wants to protect victims as well as federal coffers, which could be paying Medicare claims even though trust funds have paid for medical costs.

Critics, on the other hand, say there is little proof of widespread fraud, and increased oversight could divert money from the victims.

The DOJ got involved in September when it filed a statement of interest in a bankruptcy case in the Western District of North Carolina, according to Bloomberg Big Law Business and a press release. The filing said the reorganization plans don’t have adequate safeguards.

Principal Deputy Associate Attorney General Jesse Panuccio explained why the DOJ got involved in the press release. “In recent years, alarming evidence has emerged of fraud and mismanagement inside asbestos trusts,” he said. The case is In re Kaiser Gypsum Co.

Later that same month, the DOJ challenged the appointment of a lawyer who would act as claims representative in a different case involving the Duro Dyne Corp. The department claimed the lawyer’s independence could be compromised because of close connections to lawyers representing plaintiffs, according to a press release. A judge rejected the request, according to AP.

Another trust, DII Industries, disclosed that it received an administrative subpoena for records as part of a probe into Medicare reimbursement.