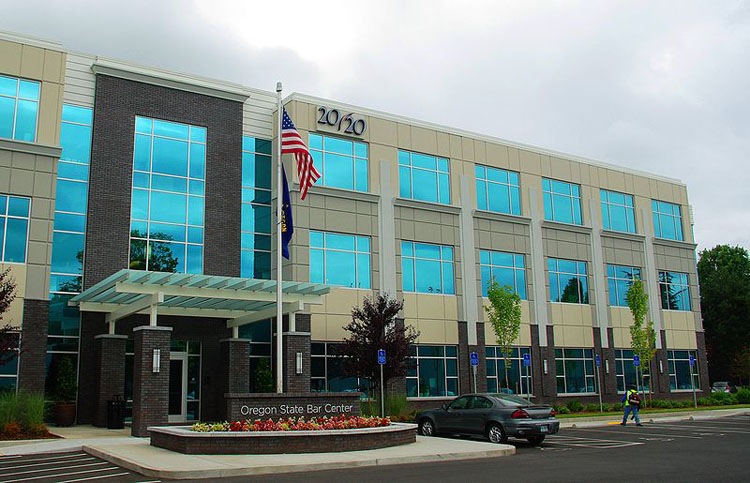 Diane Gruber and Mark Runnels argue in a suit filed last Wednesday in federal court that paying compulsory dues infringes on their First Amendment rights because it helps pay for political and ideological speech they disagree with.

“This isn’t an attack on the state bar,” attorney Michael L. Spencer, who filed the suit on behalf of the plaintiffs, told the Oregonian. “The requirement to be a member of the bar violates our free speech and free association rights under the Janus decision.”

Decided in June, Janus v. American Federation of State and Country Municipal Employees found that public employees cannot be compelled to pay union dues if they opt out of union membership, even if they reap benefits created by the union.

The current suit says lawyers should still be licensed, but “that’s different from membership with the bar, which implies somebody speaks for you,” Spencer said. The Oregon State Bar is a regulatory agency.

If the argument to expand Janus is unsuccessful, the lawyers also claim they are owed damages for dues collected that supported political or ideological work. In a 1990 decision, Keller v. State Bar of California, the high court found that mandatory members of state bar associations have a First Amendment right not to subsidize political or ideological activities.

In April, the Oregon State Bar’s bulletin ran a piece written by bar leadership called “Statement on White Nationalism and Normalization of Violence,” which condemned “violence, extremism and exclusion” as detrimental to the rule of law.

The statement was published next to a letter written by specialty bar associations’ leadership that specifically said President Donald Trump had catered to white nationalists, allowing violence in Charlottesville, Virginia, and other locations—including Portland—to occur.

A green band bordered the two statements in the bulletin, making them appear to be joined.

Receiving backlash, the state bar provided a $1.12 refund—the estimated cost of printing the bulletin—in May to every member who requested it. One of the attorney-plaintiffs in the current suit received the refund, while the other did not apply for it.

Oregon Bar spokeswoman Kateri Walsh told the Oregonian that the bar had been compliant with precedent regulating free speech.

“Our work and our public statements have been squarely within our mission: to protect the public and promote access to justice for all Oregonians,” she said. “We will respond substantively and vigorously, in court, in short order.”