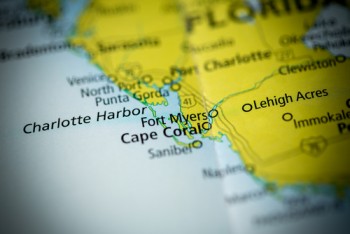 The city attorney in Fort Myers, Florida, has told investigators he believes he could be assassinated by members of the city’s police force because he helped expose problems in the department that led to a criminal investigation.

City Attorney Grant Alley spoke with investigators looking into allegations that he was unprofessional and aggressive when communicating with staff members, the Fort Myers News-Press reports. Alley indicated he feared for his life because he had reported issues that led to a probe into alleged police corruption.

“Mr. Alley stated that there is a ‘conspiracy’ and ‘organized effort’ that ‘originated with certain members of the police department that protect malfeasance and silence the forces needed to correct it,’” the report says. “Mr. Alley emphatically stated that he was in fear of his safety and his family’s safety and expressed fear of being shot as a result, although he did not specifically cite any threatening activity on the part of others (such as verbal or written threats of physical acts).”

The investigation of the police department followed allegations that officers were tipping off drug dealers about search warrants, the News-Press reported last month. The allegations were contained in a redacted report by Freeh Group International Solutions that the newspaper eventually obtained. According to the article, the redacted report has “four references to drug trafficking, two references to officers leaking information and six references to murder, including potential witnesses and arranged hits.”

The city council had hired a Naples, Florida, law firm to investigate Alley. The report found credible evidence that Alley has an overly dictatorial management style; that he inappropriately reprimands lawyers and other staffers; that he excessively micromanages others; and that he often sits in his office with the door locked.

“The atmosphere at the city attorney’s office was described by all staff as one of tension, fear and chaos,” the law firm’s report says.

Staffers said the issues have always existed, but they had become worse in the last six to 12 months. The report also says Alley is a skilled and knowledgeable lawyer, and a dedicated public servant.

Fort Myers police did not respond to the newspaper’s request for comment.