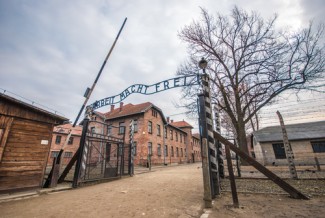 A 93-year-old man accused of serving as a Waffen-SS volunteer at one of Nazi Germany’s most notorious concentration camps during World War II is now facing criminal prosecution.

The unidentified defendant was investigated about 30 years ago concerning his claimed work at the Auschwitz concentration camp, but no charges were brought. However, after the conviction of Sobibor death camp worker John Demjanjuk, who got five years in 2011 for aiding in the murders of 28,000 Jews, Germany’s central Nazi crime investigation unit has since looked into additional suspects, Bloomberg reports.

In Demjanjuk’s case, judges held he could be convicted simply for working at a camp. Previously, individual acts of participation in killings had been required, the news agency explains.

Some 6 million Jews were killed by the Nazis in European death camps during the war. Prosecutors in Hanover say the 93-year-old defendant in their case was responsible for going through and disposing of the luggage of the people sent to the camp. Some 425,000 Hungarians, most of them Jews, arrived at Auschwitz during a two-month period in 1944. One of the defendant’s main tasks, they say, was retrieving cash from suitcases and transferring it to the SS administration agency in Berlin, thus aiding in the murder of 300,000 people and collecting funds that helped support the killing regime. Prosecutors say he would have been well aware that people were being gassed.

The Bloomberg article doesn’t include any comment from the defendant or his legal counsel. It says a court in Lueneburg must determine if the case goes to trial.