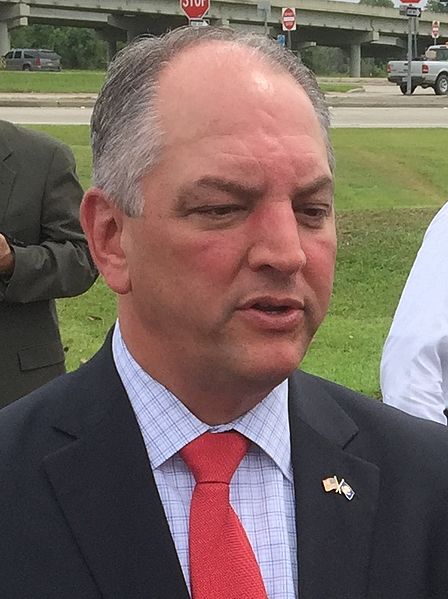 Indigent defendants from Louisiana are so poorly served by the state’s public defender system that their right to counsel is being violated, a lawsuit filed Monday alleges.

According to the New Orleans Times-Picayune, the Lawyers’ Committee for Civil Rights Under Law, the Southern Poverty Law Center and two law firms say Louisiana’s public defender system is so chronically underfunded that it effectively denies representation to indigent Louisianans. According to ABC News, the complaint says the system is so underfunded that there’s no lawyer at all for some less serious offenses, and plaintiffs who do see a lawyer must wait months in jail. Plaintiff Michael Carter of Baton Rouge alleges he has been in jail 18 months without a single visit from his attorney, despite facing charges that could get him up to 20 years in prison.

The case was brought by 13 defendants, who would be lead plaintiffs if a class is certified. There could be as many as 20,000 people in such a class, ABC says; the lawsuit says 85 percent of Louisiana’s population qualifies for public defender services. Named defendants include Gov. John Bel Edwards, Chief State Public Defender Jay Dixon and the members of the Louisiana Public Defender Board.

“Our ability to succeed as a state is directly tied to changing the misperception that we don’t care about the poor or the rule of law in Louisiana,” says Mark Cunningham of Louisiana law firm Jones Walker, one of the firms representing the plaintiffs. Cunningham is the immediate past president of the Louisiana State Bar Association. “The first step to making that happen is to begin investing in our public defense system and the courts.”

Louisiana’s indigent defense system has been in a funding crisis for several years; HBO’s John Oliver noted its plight in the fall of 2015. According to the Times-Picayune, 33 of the 42 public defender offices in the state have stopped accepting new clients or put clients on waiting lists. One of those to use waiting lists is Orleans Public Defenders, which covers New Orleans. The Chief Justice of the Louisiana Supreme Court, Bernette J. Johnson, declared an emergency shortfall in December.

But the Times-Picayune says that declaration “largely was met with a shrug” by Edwards and legislators, who were trying to find solutions to massive budget deficits. Louisiana’s indigent defense system, uniquely, relies partly on revenue generated by local traffic tickets, court fees and fines, which has left funding unreliable.

After Orleans Public Defenders started refusing cases, the ACLU of Louisiana sued the state, making claims similar to the ones in the new lawsuit. A federal judge dismissed that last week, saying plaintiffs should take their concerns to the statehouse. But Judge James J. Brady also said that “it is clear that the Louisiana legislature is failing miserably at upholding its obligations,” and that “budget shortages are no excuse to violate the United States Constitution.”

Derwyn Bunton, Orleans Parish Chief District Defender, told the ABA Journal last year that after his office stopped taking cases, judges threatened his attorneys with contempt of court. In another parish, he said, a judge advertised for volunteer attorneys, saying “no experience necessary.” Some lawyers have also been drafted by local judges to represent indigent defendants, even when they have no criminal defense experience and even though the state never intended to pay them, the Marshall Project reported.