Clemency Project 2014 has submitted more than 1,000 petitions to the White House 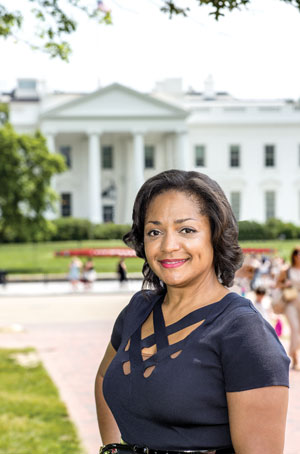 Clemency Project 2014 has submitted more than 1,000 petitions for sentence commutations to the federal government, the project announced today.

The ABA-backed project is using nearly 4,000 volunteer attorneys to prepare and submit petitions for clemency from federal prisoners serving time for nonviolent drug crimes. The project arose out of the White House’s January 2014 announcement that it would shorten the sentences of thousands of nonviolent drug offenders.

In response, five legal organizations—the ABA, the ACLU, Families Against Mandatory Minimums, the National Association of Criminal Defense Lawyers and the Federal Public and Community Defenders—stepped forward to organize a massive corps of pro bono attorneys helping those prisoners.

Those attorneys’ efforts over the past two years have resulted in the 1,000 applications already submitted to the DOJ’s Office of the Pardon Attorney. According to project leader Cynthia Roseberry, 120 of those applications have already been acted upon by the Pardon Attorney’s office. After that office reviews the petition, the White House makes a final decision.

The results have already started to be seen: CP14 clients were included in several of President Barack Obama’s most recent sentence commutations. NACDL spokesman Ivan Dominguez, who helps CP14 with communications, says 86 of the project’s 120 submissions have been approved and 34 denied.

The commutations have dramatically increased the president’s clemency grants. As the ABA Journal detailed in 2014, presidents since 1980 have rarely used their clemency powers. George W. Bush granted commutations to 11 people in his eight years in office; Obama granted 21 between taking office and Jan. 1, 2015, the year when the bulk of the CP14 submissions were ready for review. According to a May 8 article in the Washington Post, Obama has now granted 306 commutations to federal prisoners. Roseberry said in a statement that she looks forward to more grants before the president leaves office.

Nonetheless, as the Washington Post observed, there’s little time left, and some clemency experts are frustrated by the slow pace of the project. Pardon Attorney Deborah Leff herself quit earlier this year, telling the Justice Department she was frustrated by the lack of resources dedicated to her office.

Professor Douglas Berman of Ohio State’s Moritz College of Law told the ABA Journal last year that he thought the project was unnecessarily cautious about petitions, slowing down the process. More recently, on his Sentencing Law & Policy blog, he said he was “tired of being tired of hearing” about the slow process, but hopeful that many more commutations can be issued.